‘Date night’ becomes elusive when you become parent. We’ve tried scheduling them in every week, or every month, but to me, there is something deeply unromantic about scheduling time together. It doesn’t work for us, or appeal to me – I prefer a bit of spontaneity. What if you want to do something else? What if you’re just not feeling it? This year I gave Jared his wedding anniversary card about a week late, because on our anniversary I wasn’t feeling the love. I love going to choose a card for him, and it is usually given on time, but not always. That probably sounds weird, but I’m ok with that, and Jared totally gets it.

Our lives are full and busy – we both have responsibilities, interests and commitments that take us outside of our home, but if we need some proper time together, it’s not too hard to find. Date nights have been very erratic since we became parents, but I think it is so important to spend quality time together regularly – minus our boys. It can be weeks and weeks (months even), and then all of a sudden we may have three in one month (like March) because it just happens that way. We’ve had patches where we haven’t had any local babysitters, or we just forget, don’t feel like we need one, or get out of the habit. We’ve also had patches where date night becomes a vent of frustrations, rather than time spent enjoying one another’s company – hilarious to think back on, but not funny at the time (!)

At the moment we are lucky to have a few local babysitters that we love and trust, which is such a gift. We are also part of a ‘couple swap’ – Jared or I will go to theirs to babysit, and then they repay the favour. I like the boys to be in bed, settled and asleep if we’re going out somewhere, otherwise I feel like I can’t properly embrace our evening together – I worry about them, even though I know they are fine. Anyone else? I especially find it hard getting into the habit again after having a baby, and Otto always joined us until he was sleeping well in the evening. It feels strange being with just Jared, a little too quiet and takes some getting used to again.

Time spent together has never felt more precious. We used to go out and not really plan anything, but now we always have a proper plan. Booked (a few days before even), if we’re feeling extra organised. I love eating together after the kids are in bed, or watching a film on the sofa (although finding a film that we both like is getting harder to find). We’ve even done quizzes at home in the past (cringe), or played board games together. We like the cinema (when it’s 2 for 1), and eating out too. Recently we went to a gig which was amazing, and for our anniversary we booked an indoor ski session which was brilliant. We like going swimming, playing badminton or going to the gym together (my current favourite), which don’t sound overly romantic, but are really fun and inexpensive.

How do you enjoy date night since becoming a parent? What do you like doing? Do you schedule them in, or are you more like me? Do you wish you spent more time with just your partner? 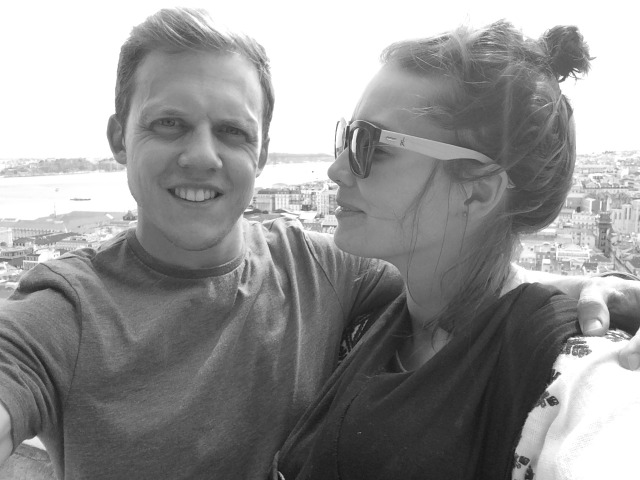