Win and Ru’s personalities couldn’t be any different. Three year old Win used to ask me to teach him how to write his name and how to read, and his idea of fun was practising his letters. He gets frustrated when he can’t do things, and he pushes himself. Ru plays. He plays all day, and it’s wonderful. He has no interest in sitting down, writing and learning. He has to be persuaded to do most things, doesn’t like trying new things and doesn’t like doing things that he senses I want him to do. It has been such a lesson in individuality.

I sit in two camps when it comes to learning – the one where parents aren’t pushy, but I also sit in another camp. The one that recognises that children are intelligent. They are capable, and they are happy and confident when they understand the world around them. I know how I feel in a foreign country when I have no hold of the language, or the alphabet. Learning is exciting, it’s inspiring and it can be really fun.

I wanted to find some activities that Ru and I can do together when we’re in, and O is napping. He never wants me to join him playing cars, and always refuses my offers to play games or build dens with him. He prefers to play alone. I’ve noticed him getting enthusiastic over numbers and letters when we’re out, and wanted to build on this. I knew a workbook wasn’t going to cut it.

I had a think about what he likes – cars, washing up, space ships and books, and after a quick browse on Pinterest I came away with some simple ideas that I thought he would enjoy. Armed with my list, the two (well three) of us headed to Hobbycraft, so that he could choose some supplies.

This is a very easy activity and one that Ru loved. He was beside himself with excitement a few times, and it was lovely to see. I think he was sold when he saw the water sprayer! 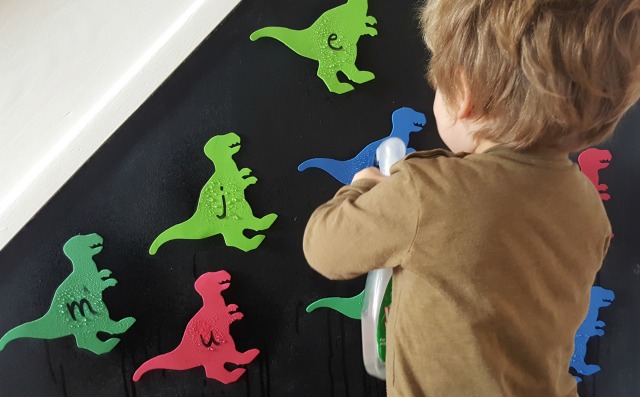 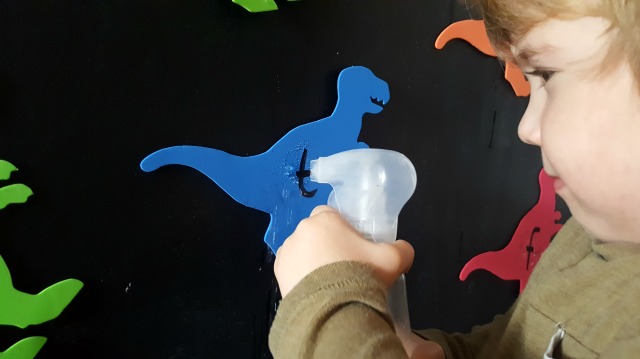 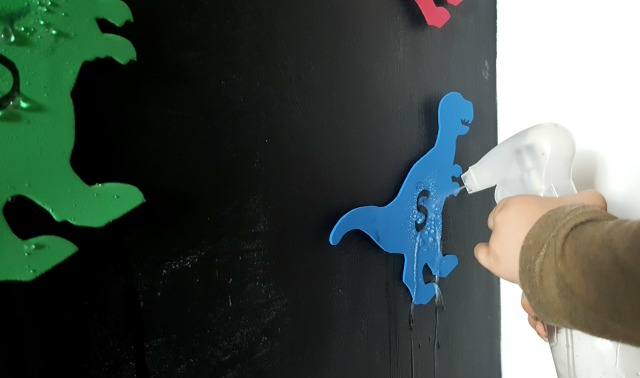 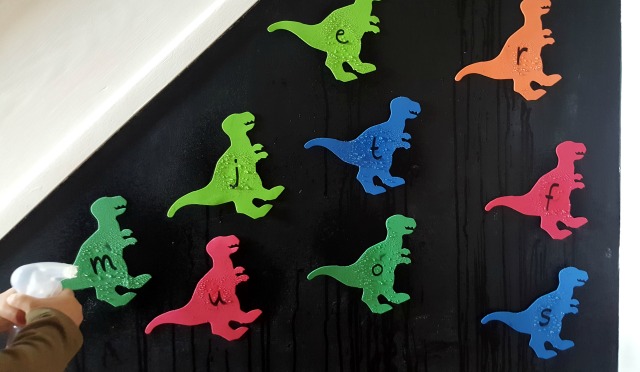 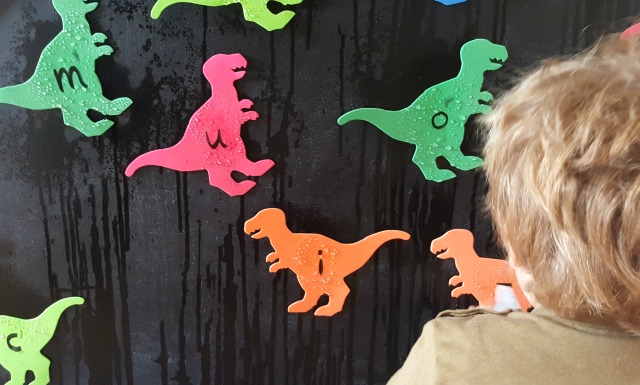 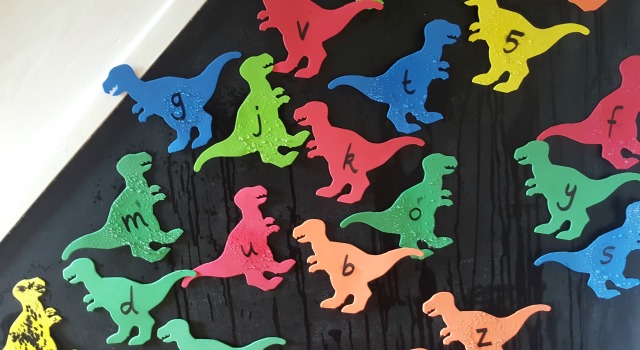 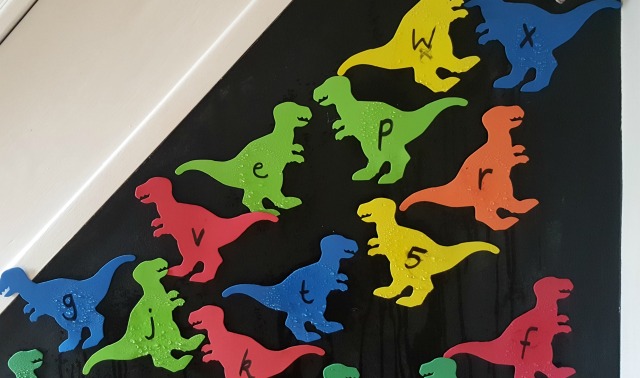