Lots of people ask me what it’s like to have three children. How is going from one to two different from going from two to three? It seems a number that many couples are on the fence about – should we leave our family as a solid two, or mix things up a little? I’ve mentioned before that I definitely found one the most difficult, going from two to three would rate second, as I found the transition from one to two children the most manageable.

I’ve been intending to write this post for a while, but I’ve been reluctant for a few reasons. Every family’s situation is so different – what suits us, won’t suit others. I would hate people to compare their lives to ours, or make assumptions about us. The other reason is – I am very aware that I have it easy. Jared went self employed shortly after Winston turned one, and it has transformed our lives. I don’t know what it’s like to have three children from 7am-7pm with no family around, the pressure of childcare costs, or having to get children up and out of the house for the school run every morning. I also don’t have any comprehension of how singles parents do it, and I’m not going to pretend I do.

We don’t live super close to family, but because Jared is self employed, and works close to our home, it means that he can walk Winston to school. It means we take turns taking the boys to swimming and football. It means on the two occasions that traffic was bad and I couldn’t get back in time to pick Win up from school, Jared could do it.  On the flip side, it means that he often brings work home, he may go back to work in the evening, he always does some work on holiday and it’s harder for him to switch off. The line between work and home life can sometimes feel a little blurred, and it’s taken months to get the balance right.

Three can be hectic and an extra arm would certainly come in handy every so often. The boys come with me everywhere, and always have done – doctors appointments, food shopping, the opticians, lunch dates, events and parents evening. Some outings are more successful than others (!) The first 6 months when I had three at home was definitely the trickiest, and I could feel quite claustrophobic. Now everything is much steadier –  Win is at school, I’m no longer breastfeeding, Otto’s sleep is more flexible and Ru is such a home body. It will quieten down further when Ru starts nursery in a few months’ time.

Personality has a lot to do with it too. Winston is, and always has been very full on. He talks non stop, he asks questions constantly and his brain works at a million miles per hour. He absolutely takes most of our energy, even now. Rufus is laid back, an observer and often a mystery to me. His personality unravels slowly. Otto really wants to be included in everything now, and we have to make sure he feels involved. If we had three of Winston, our experience of three children would be entirely different, and the same would be true if we had three of Ru or O. And of course age gap plays a part too – our gaps are 22 months and 26 months.

Sometimes they are all happy, sometimes the two eldest fight incessantly, sometimes one needs more attention than another, sometimes they are all demanding something at the same time and sometimes all three wake up on the wrong side of bed. The times I notice having three the most would definitely include dinnertime, bedtime, days out, getting ready for church, teeth brushing, walking home from school and when we’ve returned home late – I hate deciding which one to leave in the car whilst we pop the other two into bed. It’s silly, but it always makes me feel a little sad.

Children make a lot of mess, and at the end of each day I like to have the house (mostly) tidy, and the kitchen clean. Since November last year I’ve had some help from a friend to deep clean the house. She comes every two to three weeks, and I know those corners of my home that can get ignored, won’t get ignored. Given the choice between cleaning or taking the boys out, I would pick taking them out every single time. It came about completely by accident, and it is without a doubt the best money we spend each month. The house doesn’t play on my mind like it used to.

It’s impossible to imagine life without any of them. Otto has slotted in so perfectly, and we all adore him. I love seeing the relationships between them develop, seeing them play with one another, laughing with one another, cheering each other on and sometimes (not often) even the fighting can be quite humorous. There haven’t been many occasions when I’ve felt that one of them really missed out because of their two siblings, but you have to move on. It’s also ok to miss out sometimes – a family is a team, we can’t always come first and we must always consider others. There’s a really important life lesson in that.

Three is busy. Three, is three times as full. 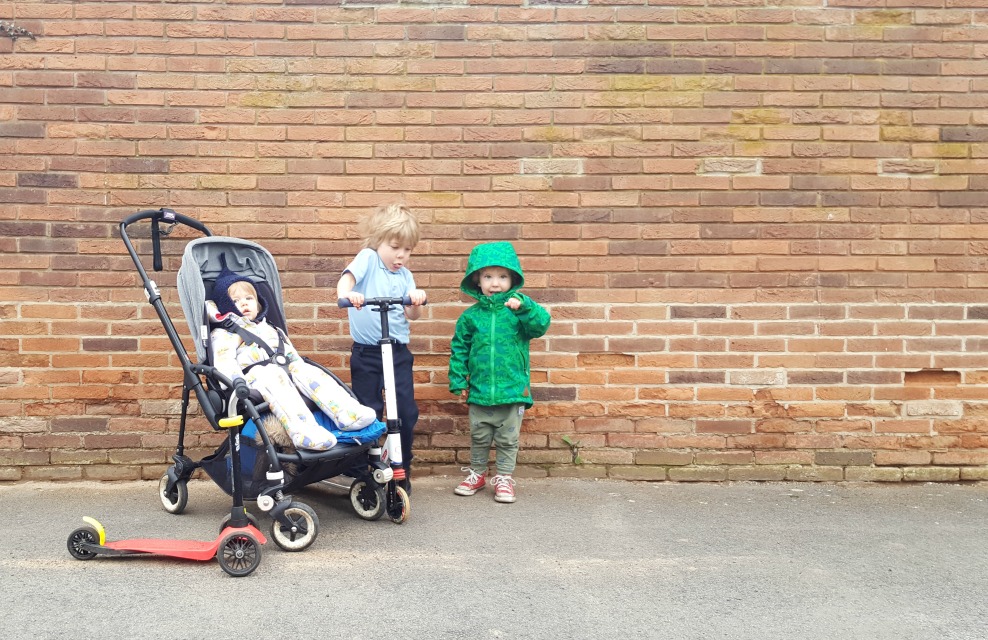 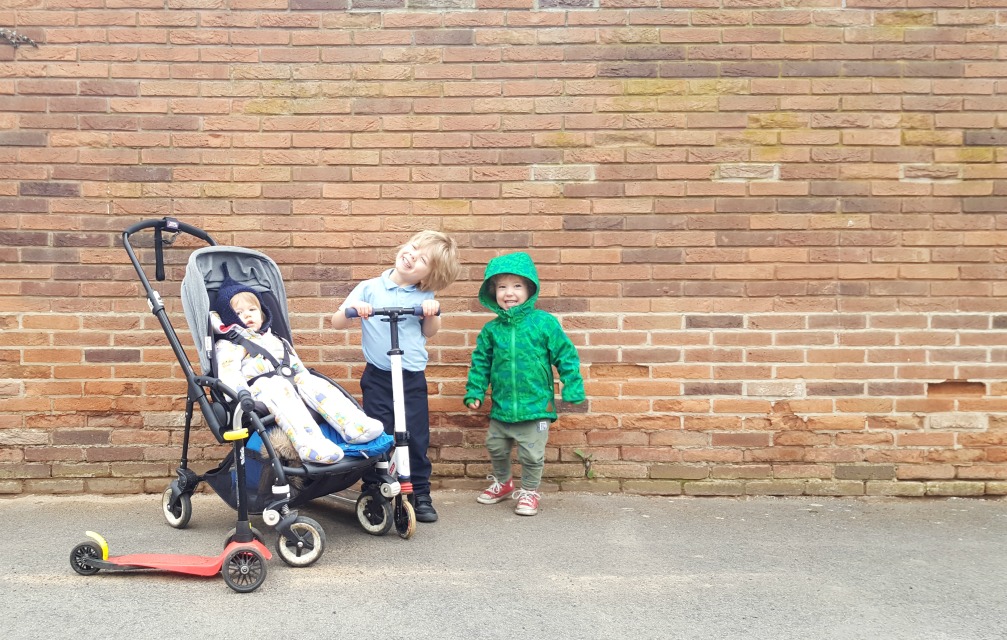 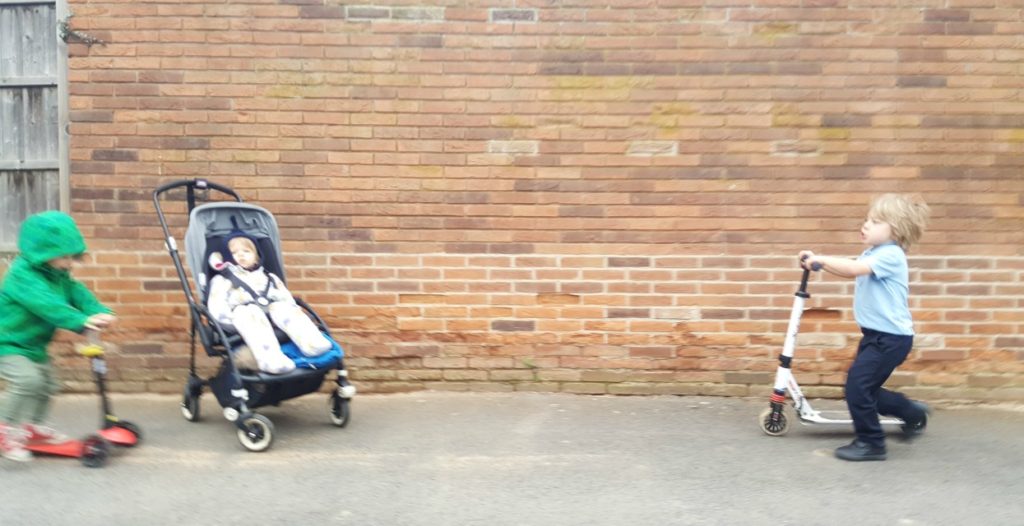