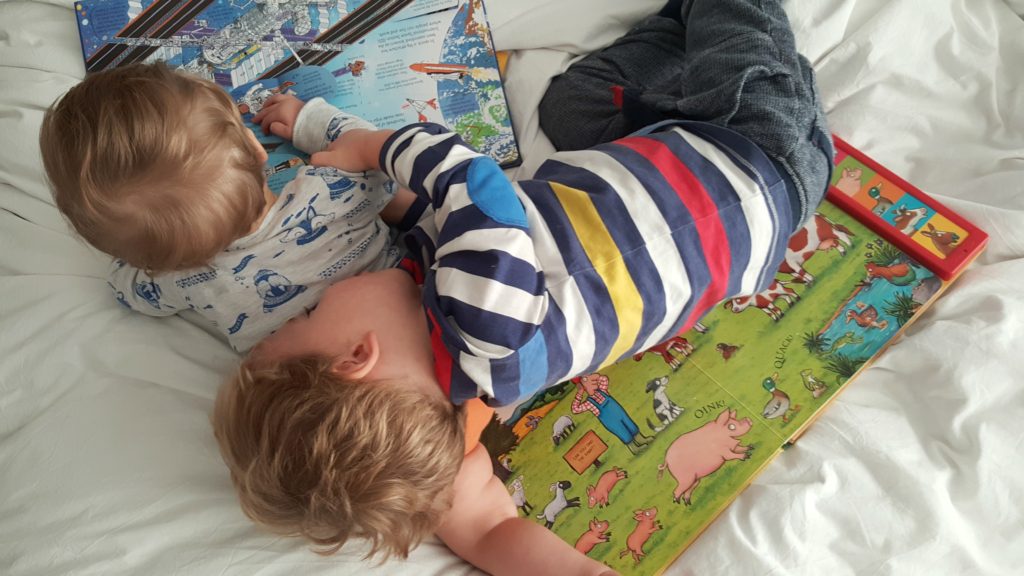 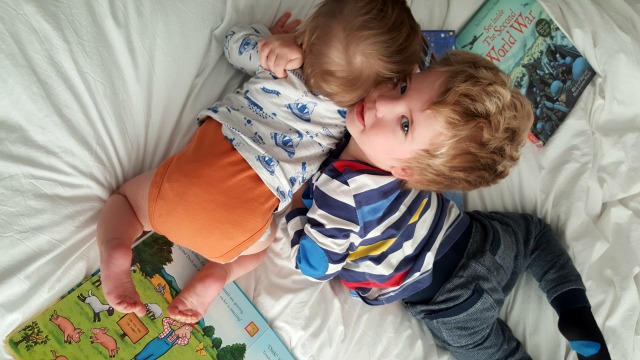 My eyes were opened last week after trying a ‘Clubbercise’ class with a couple of friends. I had no idea the lights would be off, and there would be glo sticks. It was a good work out, and the whole concept really tickled me – it was like going back in time. I also went to see ‘La La Land’ and I’m not going to lie, I can’t persuade myself that I wasn’t disappointed – because I was. I liked it, just not as much as I’d hoped. Definitely worth seeing though.

R: Ru and I snuggled in ‘the big bed’ for a whole afternoon reading books. He kept telling me off whenever I closed my eyes. Ru I and I have finally settled into a little routine, and it’s lovely.

O: O gets so much attention from the boys, particularly Ru. I am relieved that he doesn’t seem to mind, and carries on as if nothing is happening. Last week we started letting him completely feed himself with a bowl and spoon. Getting him to eat has been so frustrating, but he is so much better now he’s completely in control. It’s messy, but he is eating so much more.