We know a number of Portuguese and Spanish families, and I wanted to create something that would remind them of the Mediterranean. Meze jars are more Greek than Portuguese, or Spanish, but I thought they would still do the trick. I decided to send them with some crusty bread that can be toasted to make a delicious supper.

Other than a few very minor preparations – sterilising the jars, charring the peppers and some chopping, it really is a case of shoving everything in a jar and hoping for the best. Jamie Oliver got my ideas going with this trio of mezedes jars, and then I went a little off piste. This is what I ended up with:

Other ideas include homemade hummus, roasted aubergines, grilled courgette, goats cheese and spiced olives. You can take it wherever you like. Again for the bread I used shop bought mixes – foccacia, ciabatta and mixed grain. The mixes are £1 and make two or three mini loaves. 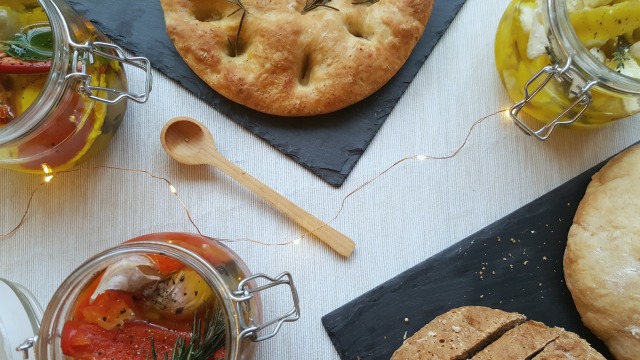 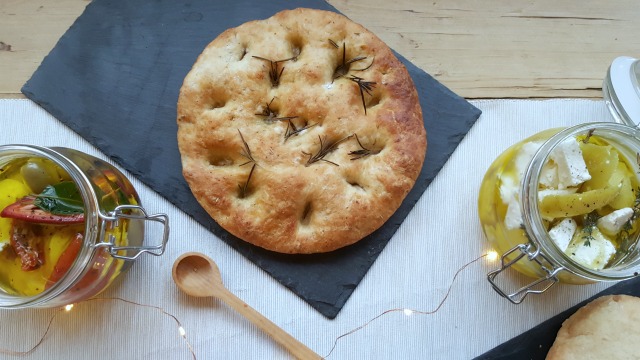 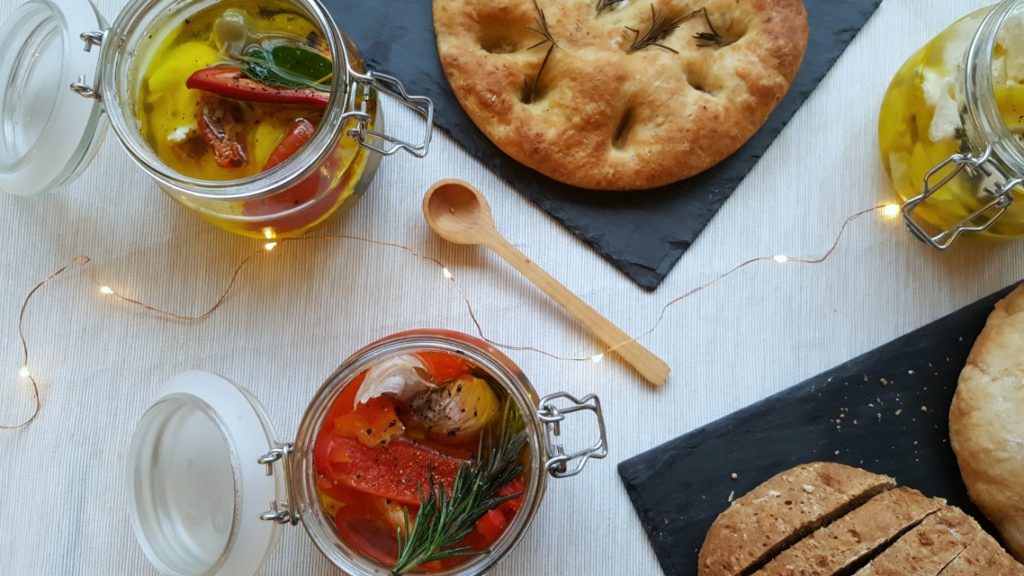 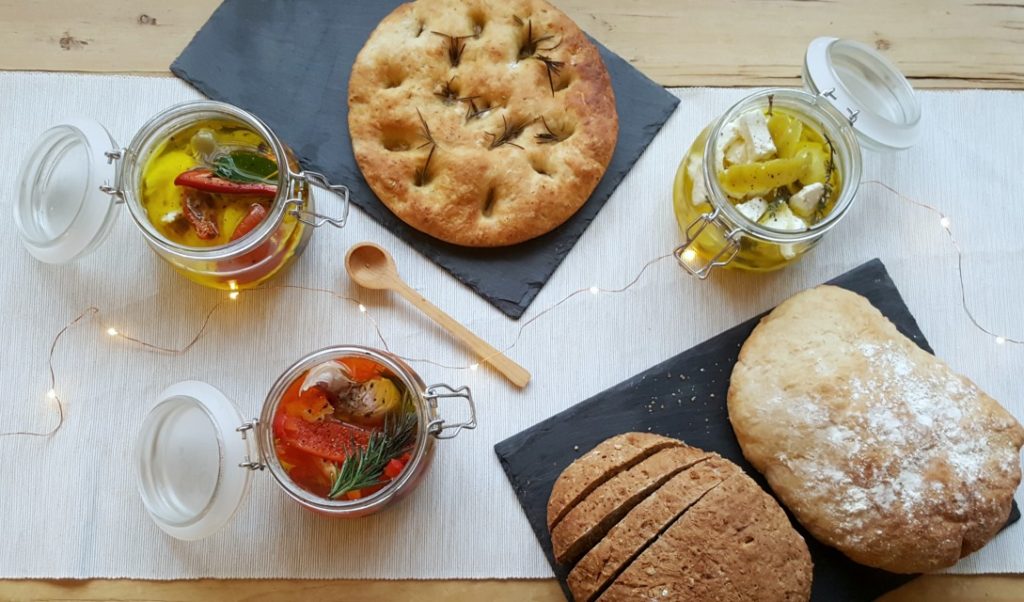 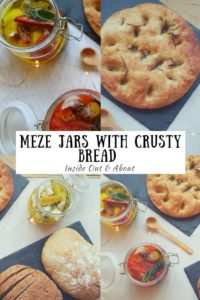