On average 5 out of 7 days a week I have a smoothie for breakfast (because Saturdays were made for pancakes and waffles). Smoothies are quick and easy, but the main thing, is that I really enjoy them – the whole 60 seconds it takes to whip one up and drink it. As a result, I’ve experimented a lot with combinations and flavours from books like Deliciously Ella, Fearne Cotton’s ‘Cook Happy, Cook Healthy’ and Hemsley + Hemsley. Some have gone horribly wrong, some have had too many ingredients and some have felt overly complicated.

All of the recipes below are amended versions of recipes I’ve tried and tested. I don’t tend to measure anymore – I just go with what looks right. A store of frozen berries, nuts, bananas and plant based milk are key. I hope you like them as much as I do.

I have a NutriPro that is made by Salter. It is cheaper and more powerful than a Nutribullet. I love it!

Oat, walnut and chia – I call this porridge in a glass, because it’s everything I would use to make porridge, plus walnuts.

And they’re all ready in a one, two, three… 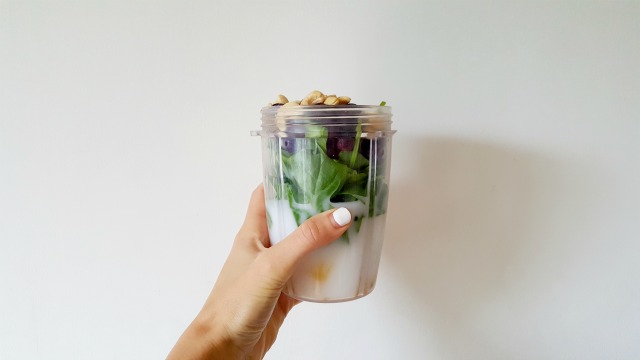 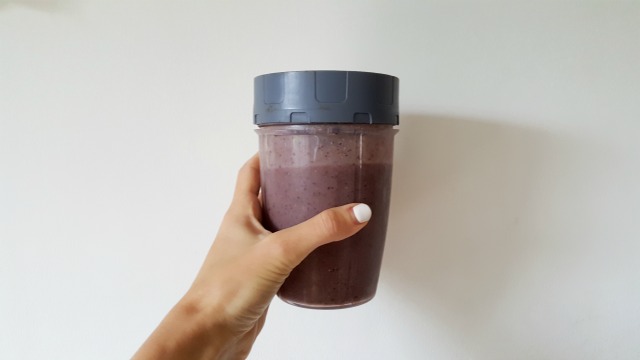 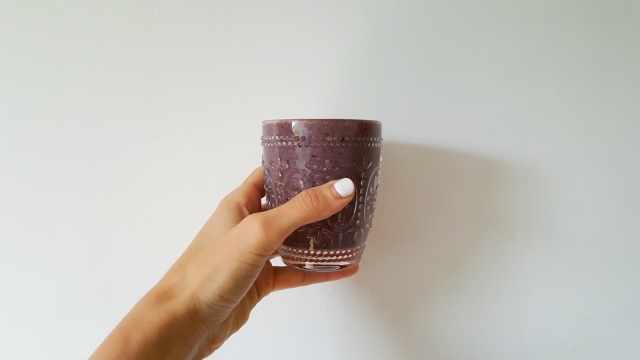