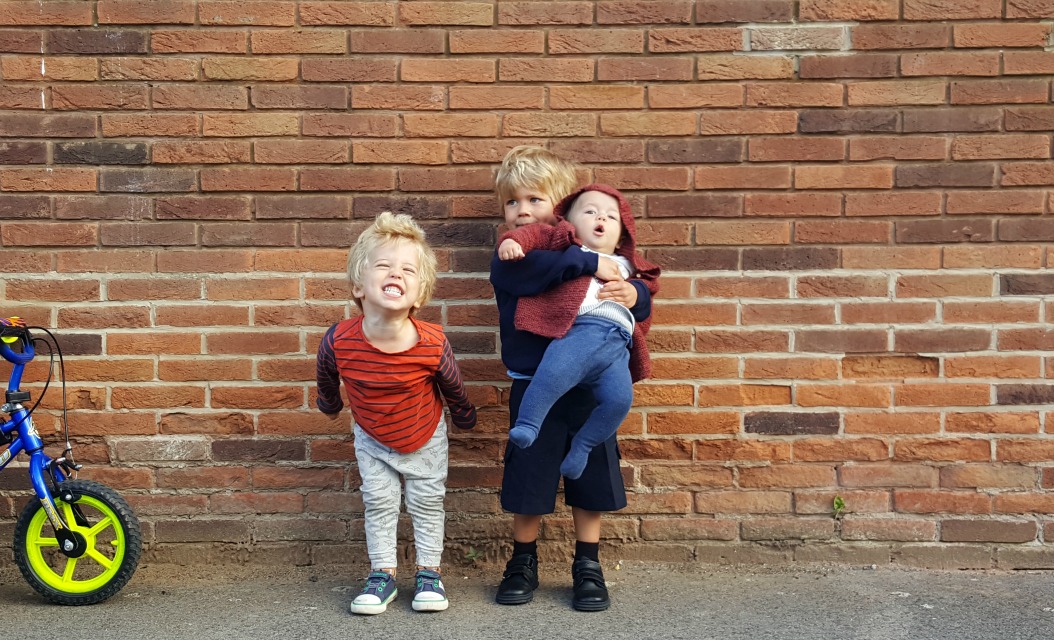 This photo was taken on Win’s first day of school. We planned to leave early so we would have plenty of time to document such a special day, but the reality is that I was sprinting down the street with the double buggy and Jared was running next to cycling Win. We quickly stopped for some photos, then carried on running! A rather sweaty first school run – we have improved since then.

W: Win has been treating his panda like a baby all week – changing his nappy, getting him dressed and putting him to bed when he gets in from school.

R: Ru corrects me every time I call O a ‘little baby’…he is ‘the biggest baby in the world’ apparently.

O: O can now sit up – wobbly, but definitely sitting.