Four weeks into potty training and Ru has got it. We have had some good runs of accident free days, and he is almost always dry at night too. He has been a little trickier to train than Winston, which I think is partly my fault (distraction and needing to be out of the house more). He also has a cheeky streak that Winston hadn’t developed by his age, and he is also naturally a messier child.

Both times I think it has taken 3 or 4 days to recognise the signs of need to go, and then a further 3 or 4 weeks to consolidate the ‘training’. During this time, I love referring to them as my ‘trainee’! Sad, I know. 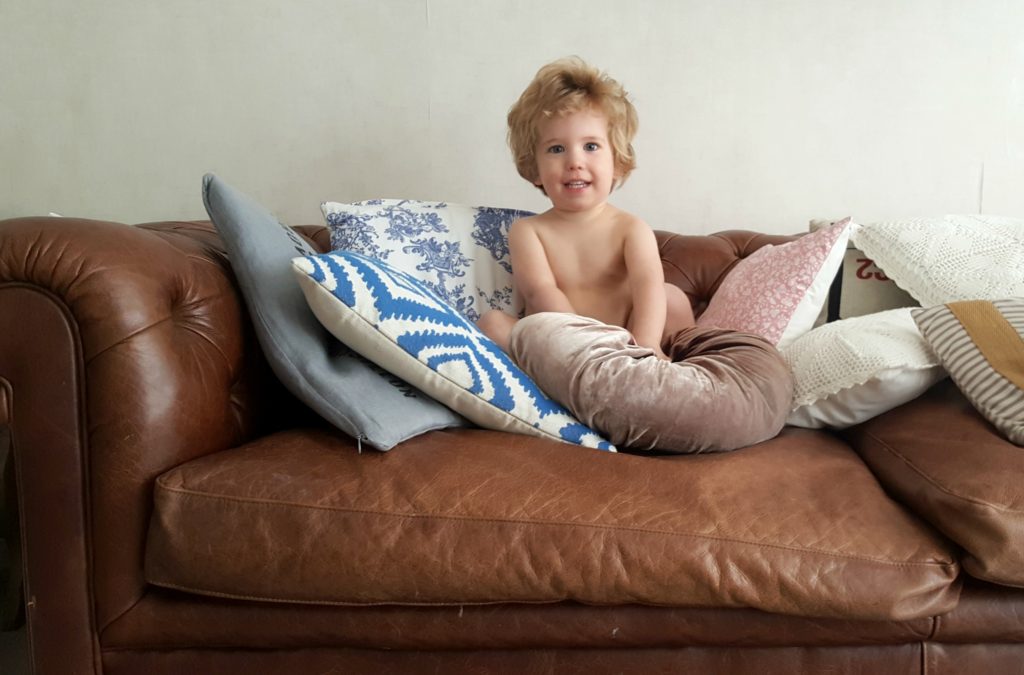 After a recommendation from a friend I have used the ‘3 Day Potty Training’ by Lora Jensen both times. Although I don’t like the way it is written, and find it quite irritating to read; it appealed to me for a number of reasons:

The ‘catch’ is that you give them lots to drink, and literally follow them around the house for three solid days. No outings and no being in a different room – if you can help it. Our train set certainly came in handy! You have to catch every single accident, and quickly work out what the ‘signs’ are that they need to go. For example, Ru will stop playing and pause, just before he needs to go, and when he’s eating he will start jiggling about. Nothing fancy.

I favour this method because there is no need to do more training further down the line, and you don’t need to then graduate from potty to toilet. I also like it because I like to know what I’m doing – I don’t think I would cope well with sometimes using nappies, sometimes not, or using pull ups. I would find it confusing deciding what to use and when – but that is down to my personality. I also think that these little people are incredibly intelligent, more than we give them credit for at times.

The two ‘issues’ we had with Ru were:

Of course, you must still be prepared for lots of accidents. I think we went through 15 pairs of pants on the first day (lots of practice!) but by days 2 and 3 he was so much better.

I always feel strange writing posts like this, because I would hate to come across pretentious, or know it all. I am fully aware that I am not an expert, but I thought there might be others out there that would also favour this method. I love getting things out of the way, and this seems to do the trick!