I can’t believe March is almost at an end and what a lovely one it has been. The sun has made plenty of appearances, and to think that we all have a long weekend to look forward to. I love bank holidays – especially when they involve obligatory chocolate!

Here are the books the boys have been loving this month: 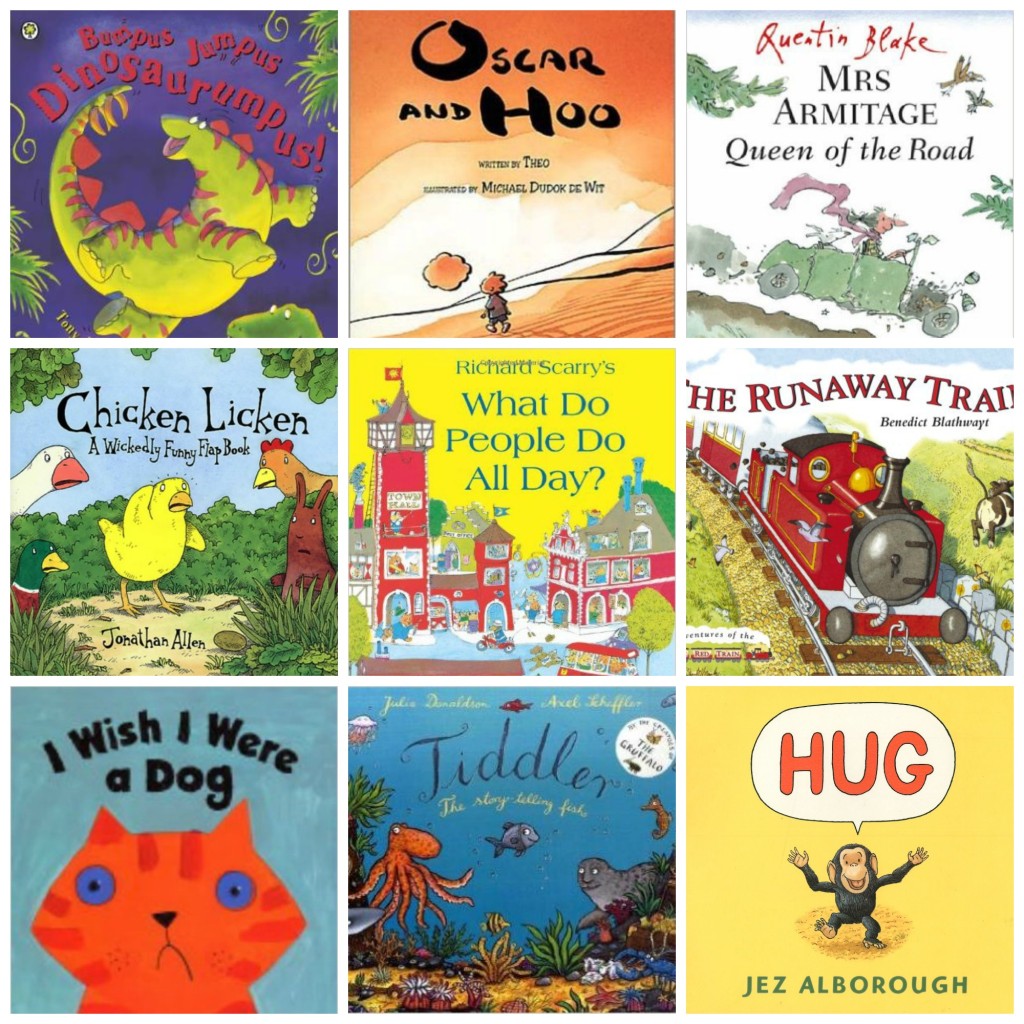 Bumpus Jumpus Dinosaurumpus – The dinosaurs are having a lot of fun – they are getting ready for a dinosaurumpus! Watch them move, dance, prance, romp and zing. The rhyming in this book is great and the illustrations are lovely and bright.

Oscar and Hoo – An usual story about friendship between a boy called Oscar and Hoo the cloud. They are both lonely and lost, but become great friends as they embark on their adventure together. I bought this from a charity shop a couple of weeks ago and they have both really taken to it.

Chicken Licken – I used to love this story as a child and Ru particularly loves it. Chicken Licken is worried that the sky is falling down and hurries to go and tell the king. Will Chicken Licken and his friends find the king in time? Both boys find Turkey Lurkey’s face highly amusing!

What Do People Do All Day? – Richard Scarry’s book are fantastic and I loved them as a child. They give so much to talk about and really stretch the imagination. The boys love the unusual cars made out of everything from a sausage, to a lettuce, to a sweetcorn, to a doughnut.

The Runaway Train – Another recent charity shop find and it’s been read every day since! Duffy the driver leaves the brake off his little red train and suddenly he is forced to chase it along the tracks. He uses a boat, a bicycle, a pony, a lorry and a helicopter – will he catch it up before it’s too late?

I Wish I Were A Dog – Kitty is fed up with being a cat and thinks that dogs have a far more fun. They play, the howl, they bark and catch robbers. They have much more fun, with all their playing, howling, barking and chasing robbers. Soon Kitty realises that being a cat is far more fun – she doesn’t have a lead and can wonder wherever she pleases. Maybe being a cat isn’t that bad after all?

Tiddler – Tiddler is a fish with a big imagination, so when he ends up having a real life adventure nobody believes him.

HUG – The book with only three different words in that both boys completely adore. I wish I knew why!

Win insisted that one of his favourite books is the one that he ‘wrote’- he keeps it on the bookshelf. 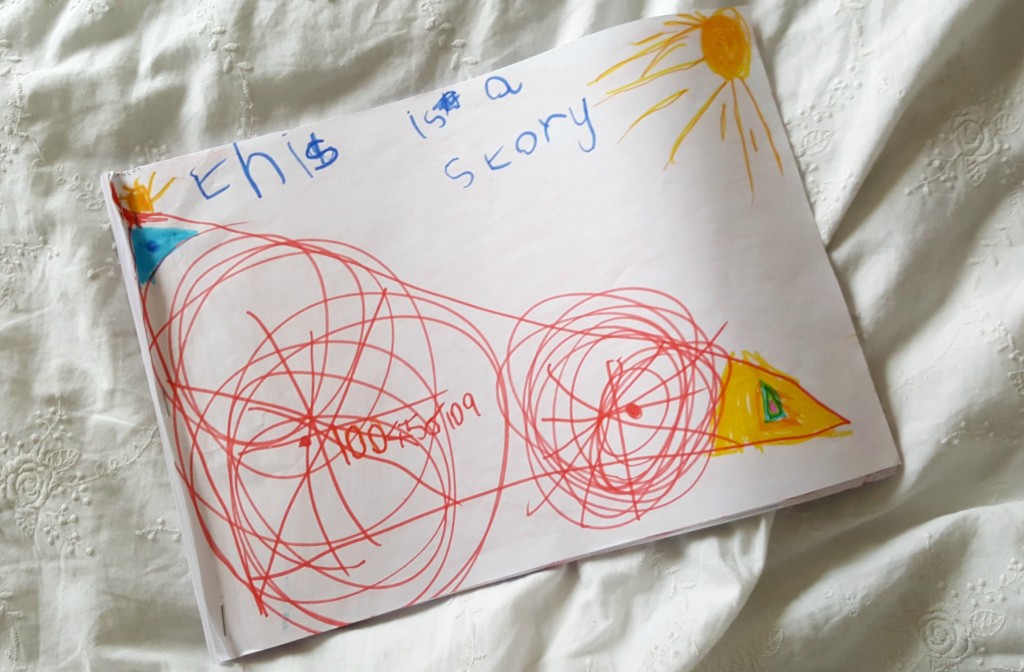