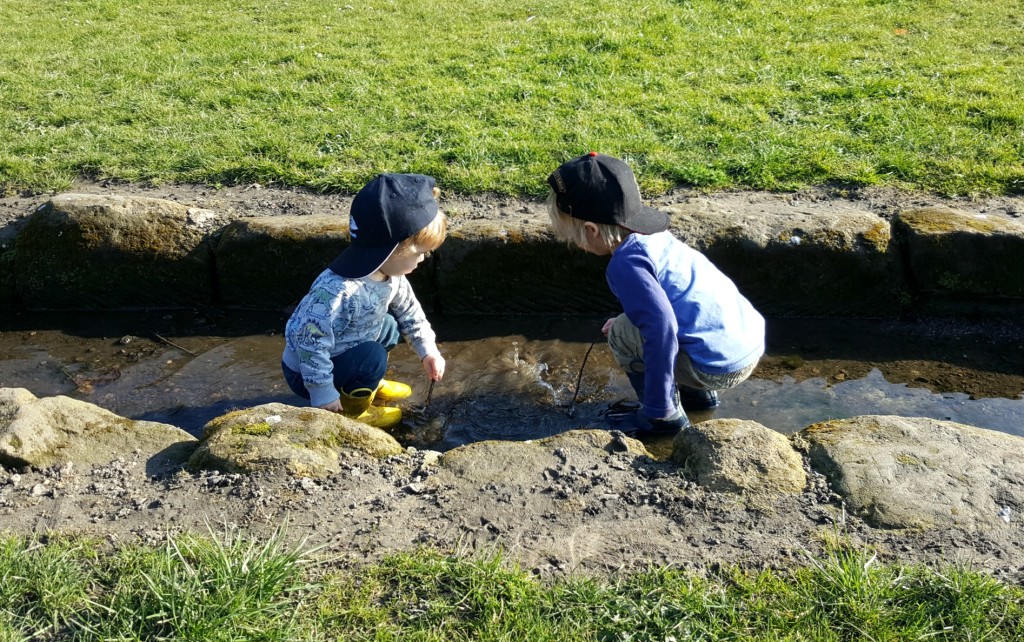 We’ve tried to get out in the sun as much as possible this week, and I loved an impromptu afternoon we spent at the park. You know they are having a good time when you have to persuade them to come home for dinner.

The two caps they are wearing were bought by my dad from the National Railway Museum the last time we saw him before he passed. He bought them for the boys without them knowing and presented them just before we parted. Suddenly such a kind gesture has become something I will never forget. Win’s is a ‘Flying Scotsman’ one, and Ru’s is a ‘Mallard’ one. I love that they like wearing them, even though I get nervous because I never want to lose them. A railway cap is the perfect way to remember their grandpa.

W: Win has said a few times this week that he still feels three. I can’t tell if he’s disappointed, or whether he doesn’t want to feel pressure to grow up. Either way – he seems to be thinking about it a lot.

R: Ru always copies whatever cap position Win is sporting. It’s really sweet watching him trying to get it right.