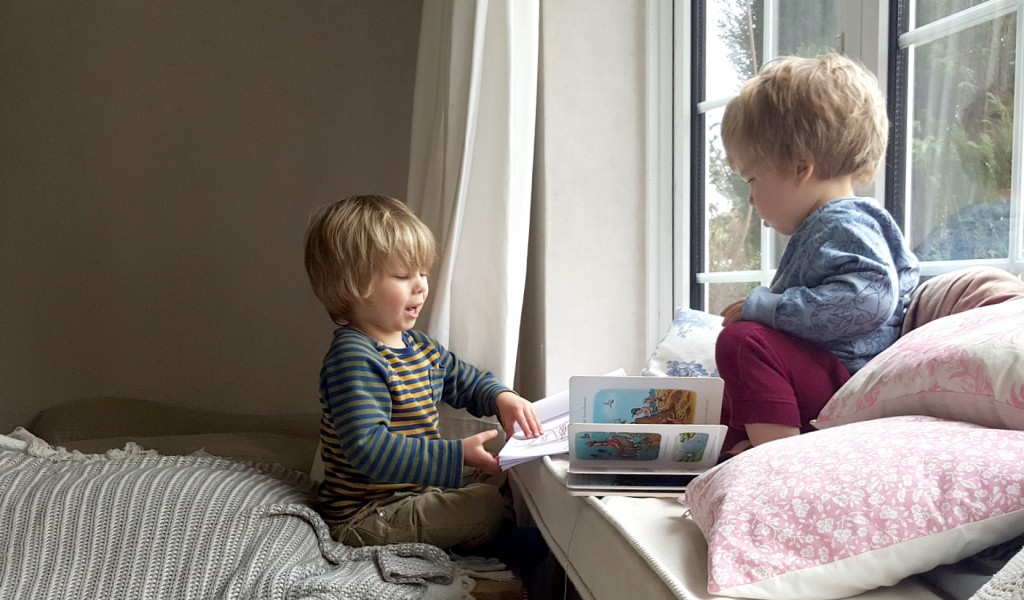 This week has been very low key and most afternoons we have been in the house building dens, painting or playing games. They also watched ‘Frozen’ the whole way through for the first time ever…because previously Win has been too scared of the snow monster! They also love playing ‘Paw Patrol’ after they were introduced to it by their grandparents – they talk about it a lot and it entertains them for ages. It involves pretending they are dogs and going on rescue missions.

W: Win made a little story book earlier in the week. He stapled about ten pieces of paper together, drew pictures and then told me what to write for each page. In this picture he is eagerly telling Ru about it – but Ru wasn’t very interested. I often wonder what Win would be like if he didn’t have a sibling – would he be different? and how? because at the moment I feel like they are shaping each other so much.

R: Ru has been completely full of cold this week and feeling a little sorry for himself.