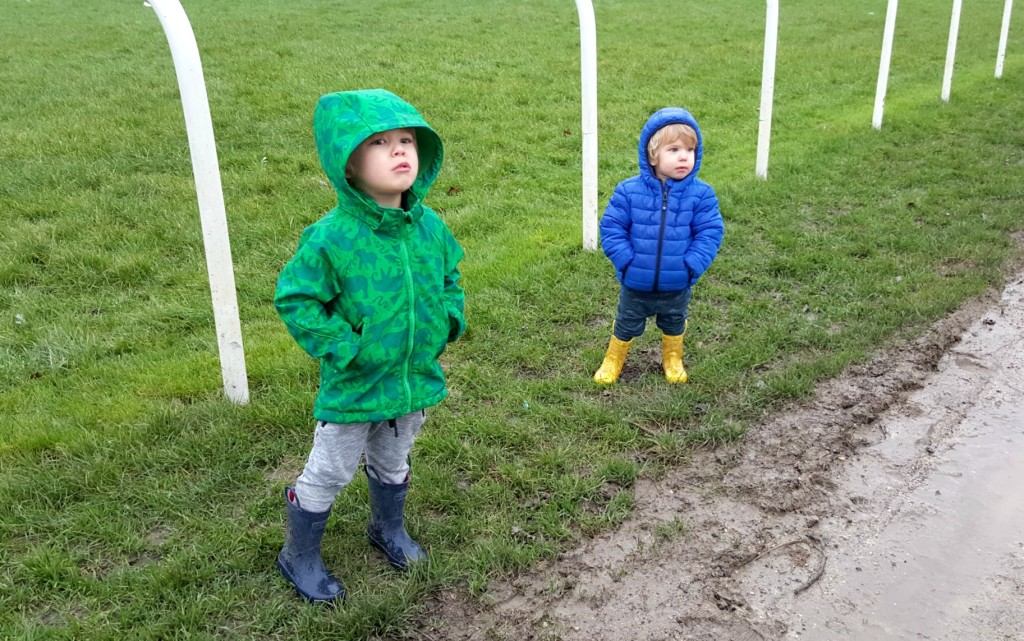 On the one hand I’ve been dreading getting back to a normal routine over the last week or so, but on the other hand I have craved it. I think the boys have been craving it too – even though they have had such a fantastic time with aunts, uncles, cousins and grandparents.

On Saturday we had a very normal day and it was just what we needed. Jared had a couple of people to visit on Saturday morning, but he was back in time to pick us up for parkrun just before 9. The weather was pretty awful (which the boys didn’t seem to mind) and Win complained of being able to smell dog poo almost the whole time (see above photo)…but we have our three little spots that we look out for Jared and it’s something I love doing with them. Win had a birthday party to attend late morning, and then the four of us spent the rest of the afternoon baking, doing washing and playing games.

W: Since I can remember Win has been quite funny about the clothes he wears and it can drive me a little bonkers. He is always hot and even worries about getting too hot. Since we made the rule that he has to wear a long sleeved t-shirt, or a jumper and a t-shirt, it has made our lives a lot easier; as he feels somewhat in control.

R: Ru seems to be quite angry about a lot of things this week, which I must admit I have found rather amusing – but I can’t let him know that, so I’ve found myself looking away and laughing quite a lot. I love the raw passion and intensity a two year old can throw out. In the last couple of days he has reached across and touched my hair twice and said: “Mum, your hair looks pretty”. I’m not sure where he got that one from, but I loved it.