Our house is never ever super tidy, but I do like everything to have a home. Whether everything is ever in it’s home at the same time is another matter, but at least there’s potential – that’s what I tell myself anyway. The older I get, the more I don’t like clutter and I enjoy having regular clear outs. I like to know exactly where things are and it makes it so much easier when the kids are trying to look for something. I’m fine with embracing (just about) any amount of mess and chaos during the day, but come evening – I like toys to be away and out of sight. 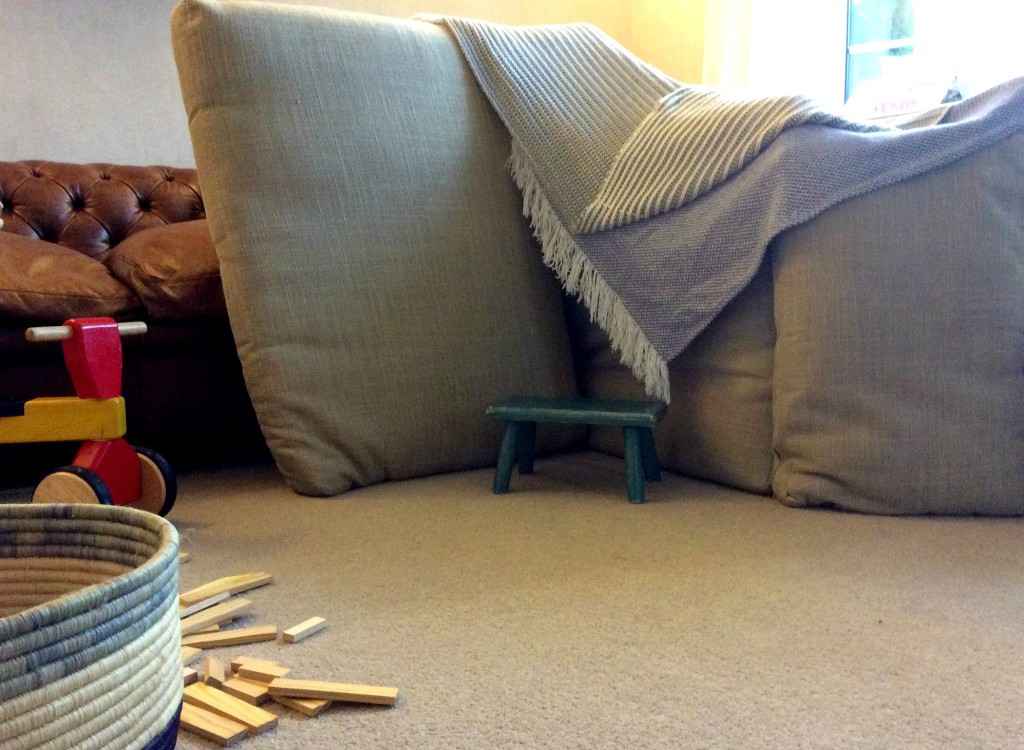 The area dedicated to toys in our home is rather small, but I don’t ever feel like the boys get bored if we end up staying in for a couple of days. I’ve noticed that too much choice can be a bad thing, as children can get overwhelmed. I feel that playgroup, nursery, visits to grandparents and play dates provides lots of opportunity for variety, so having a small space for toys at home isn’t a problem. I’m interested to see how this changes as they get older though, or if we have a daughter one day. 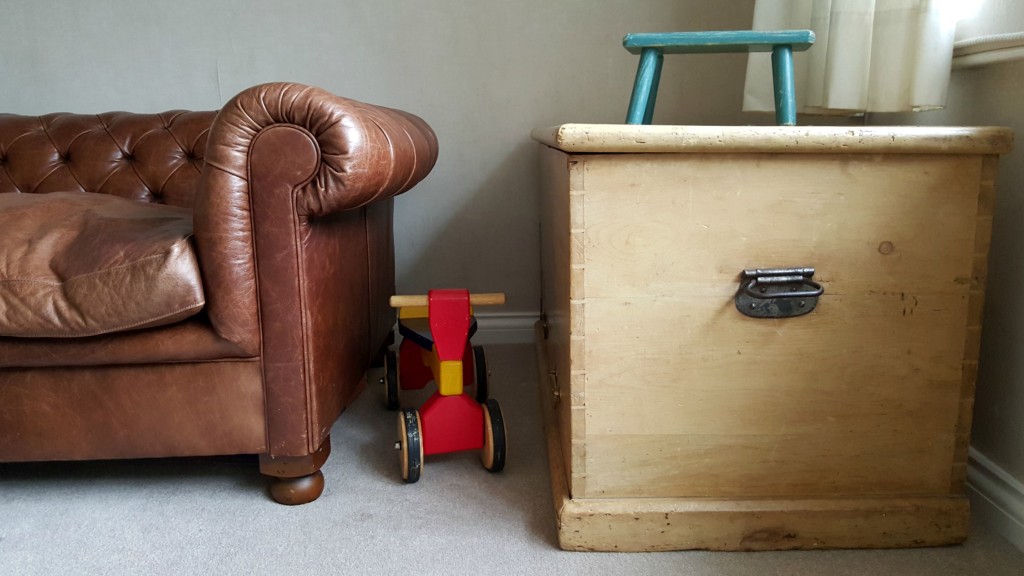 Like most parents, I suspect, I had a clear out after Christmas and assessed what they play with and what they don’t. I sent lots of bits to the charity shop and then rearranged everything. The inside of the toy box is kept relatively tidy and I love using baskets to separate types of toys. Baskets also means that it is really easy for them to get toys out by themselves, rather than me having to get everything out for them each time. 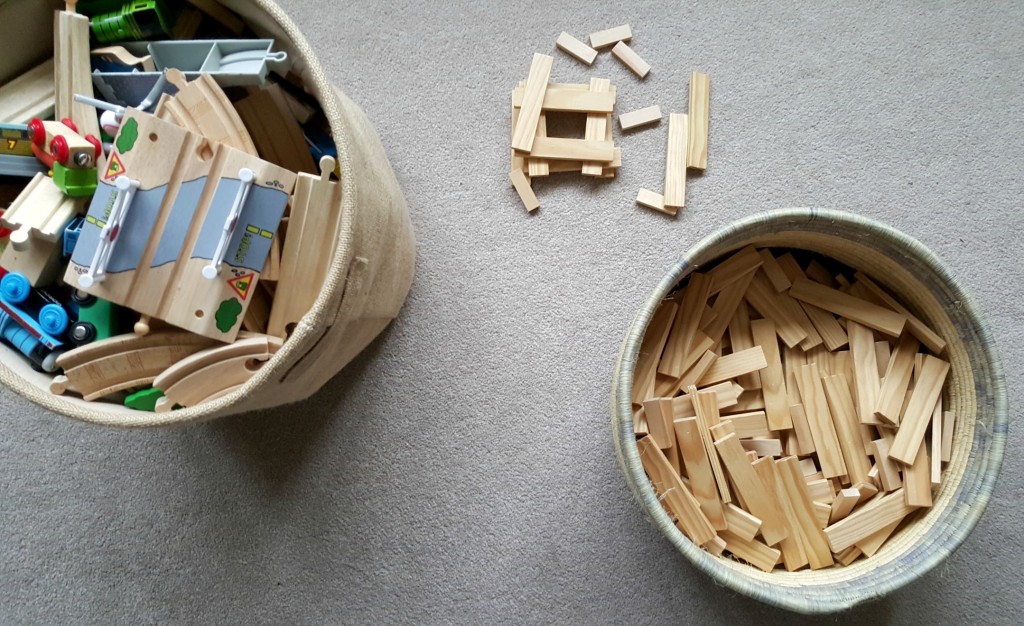 The boys have a few toys in their room – mainly jigsaws and puzzles, as they don’t tend to play in their room unless I’m upstairs. I find that they like to play close to wherever I am, which took me a long time to get used to. Similar to when I’m on the toilet, and one (or both) of them always seems to find an excuse to come upstairs and tell me something. I’m sure (and hope) this will change as they get older, but for now, I try and embrace it! 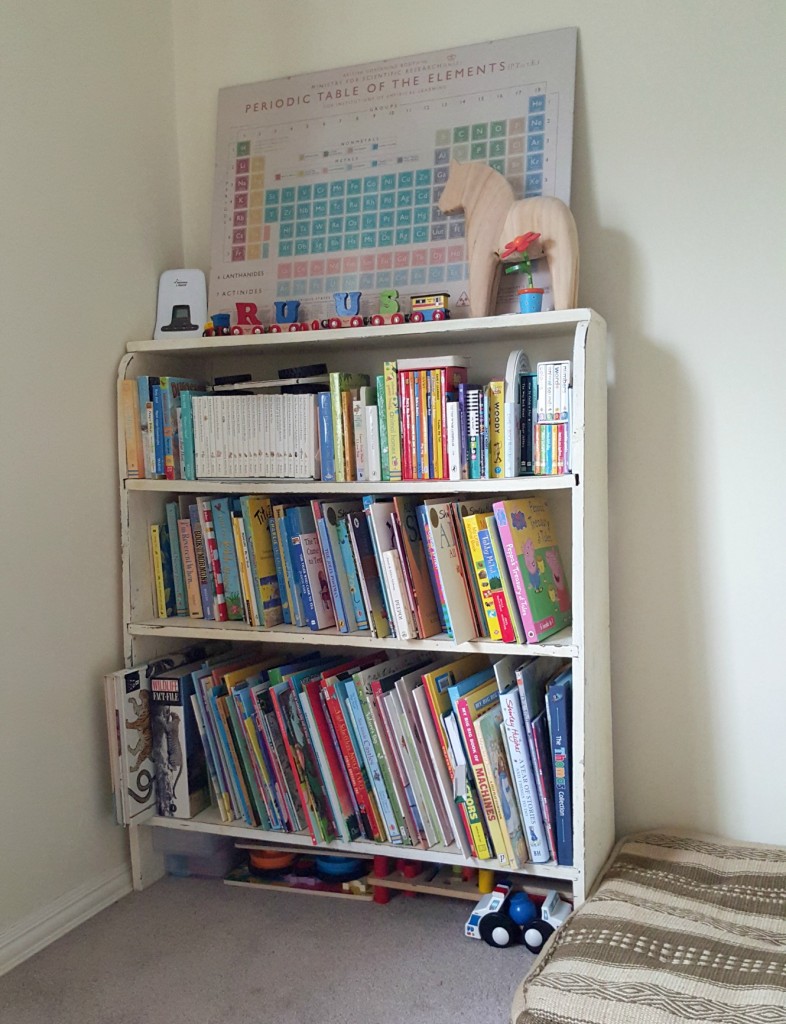 Win was never interested in soft toys as a baby, but I hung on to most of them because I thought they would come in useful for tea parties and creative play. I’m really glad I did, because Ru is a huge soft toy lover. He loves putting them to bed, feeding them, reading to them and carrying around the house. I made some little bags in the spare bedroom to keep them in, so they have a home but are always accessible. It was an idea I got from Pinterest. It’s nothing fancy, but it does the job. 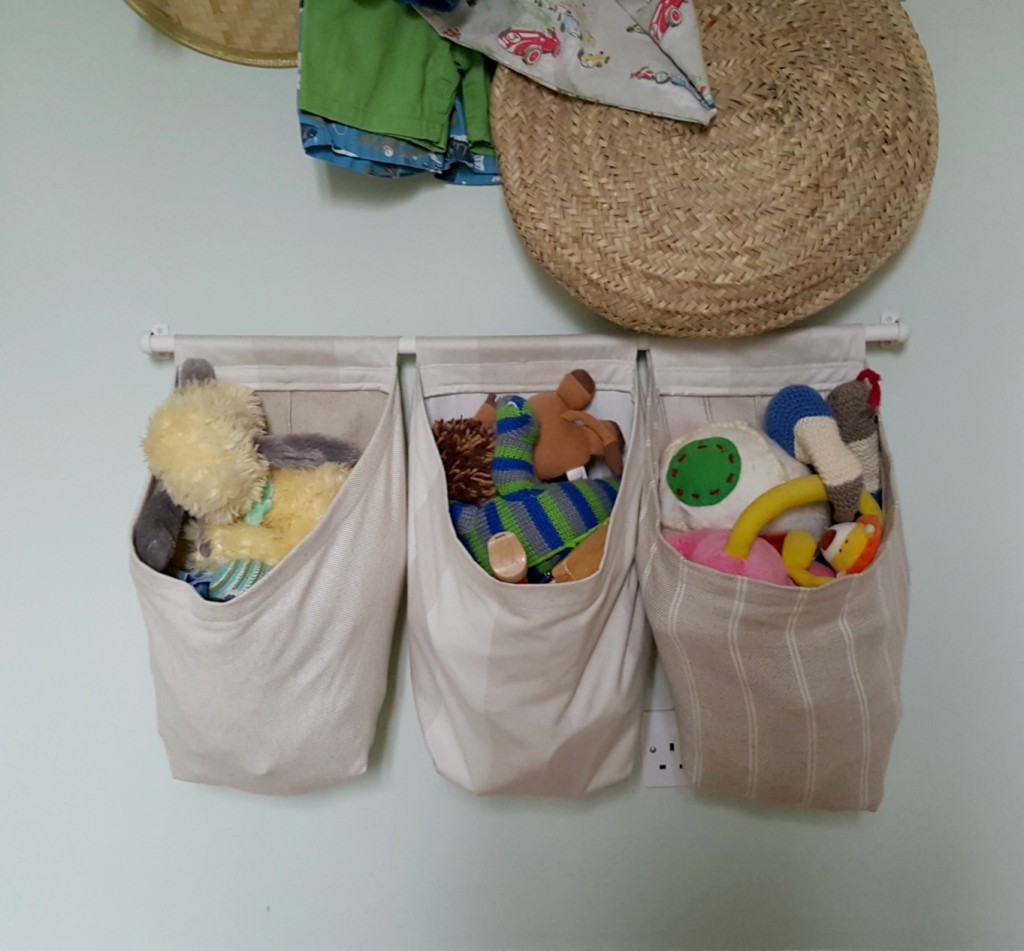 The bookcase I upcycled with Laura Ashley has evolved into a little café. At the moment it is in the spare bedroom and they love playing with it in the morning before we head downstairs. This will just become a bookcase once the boys are older and have lost interest. 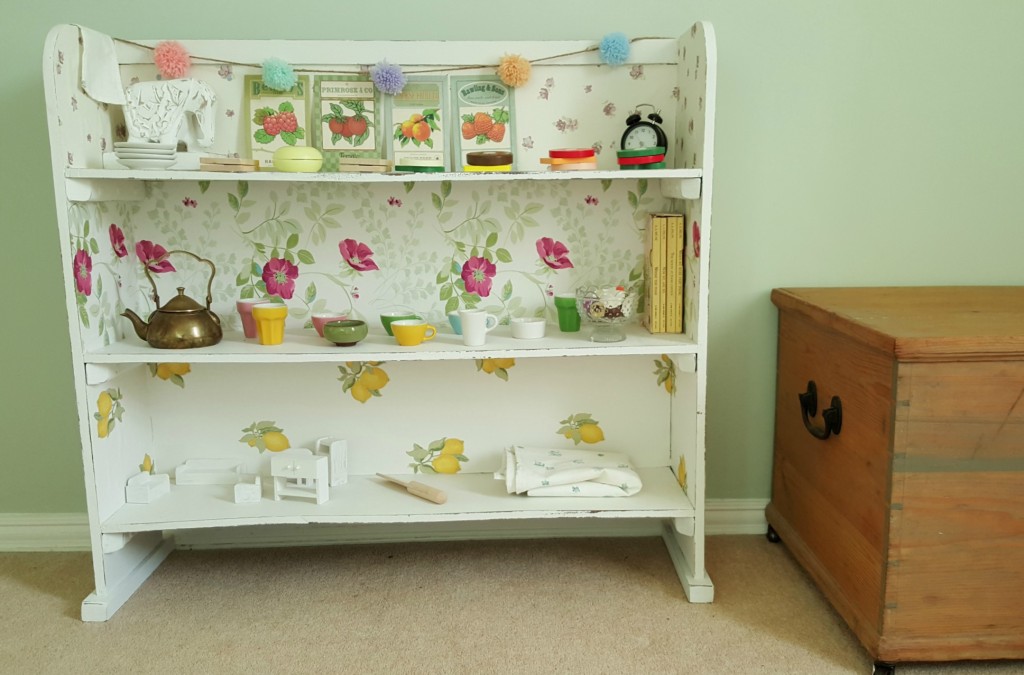 With regards to art and crafts – I never want it to be a huge operation (or heart sinking moment) when the boys want to paint, draw or stamp, so everything is kept on a few shelves in the kitchen. Win can get the pens down whenever he likes and he knows where to find the roll of paper. I really didn’t plan on putting up lots of artwork in the kitchen, but it quickly became apparent that I couldn’t have my way. I’ve allotted the fridge to Winston for his artwork and he knows that if it won’t fit on there, then he can’t have it up. I’ll often find him stood on a chair rearranging the pieces he wants on show.

For Christmas I bought Win a watercolour paint tin and has been so brilliant. I wish I had bought one before – they are so much more convenient than the big tubes of washable paint and he loves that he has so many colours instantly. It is far less messy which is a huge plus for parents. 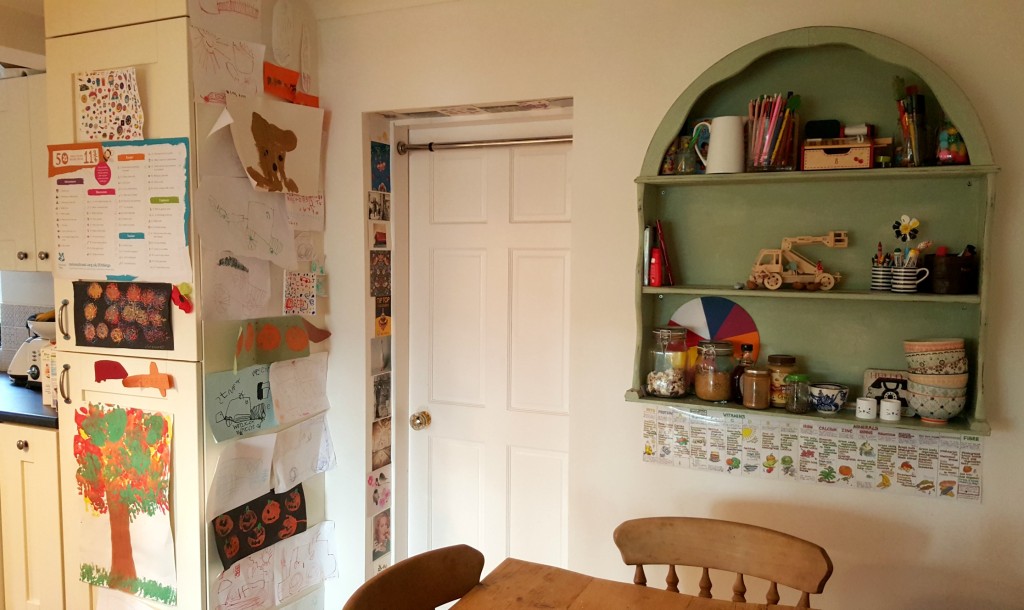 Before I had children I didn’t think that keeping on top of a home would be such a continuous task, or that toys could take over your whole house if you let them – they get everywhere!

Win is going to receive some Lego from Jared and I for his fourth birthday – I feel like we’re entering a whole new stage of parenting…almost like a milestone that needs celebrating.