This number fishing game looks like it will take all month, but it is much quicker than it looks. I made it with the help of this tutorial and I am so pleased with the outcome. Win wanted to do numbers rather than letters so I did three of each number 0-9. The only difference from the tutorial is that you have to remember sew a coin into the digit to make it magnetic. 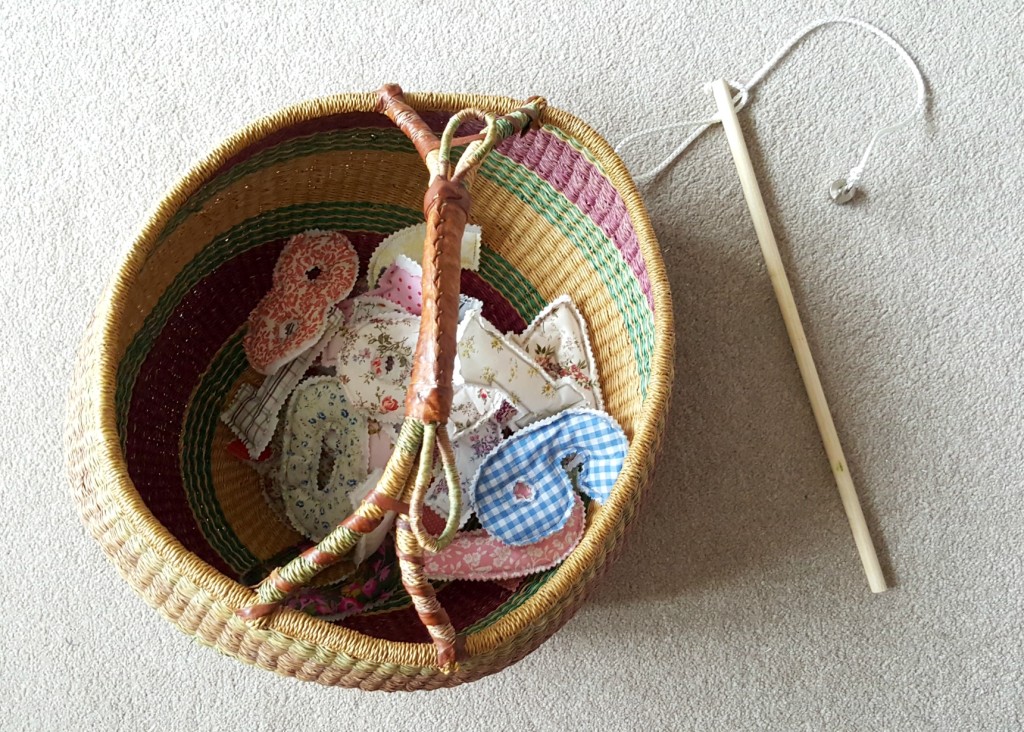 Win helped me do all the cutting, organising and sorting during Ru’s naps and I did a few short spurts of sewing a couple of evenings. 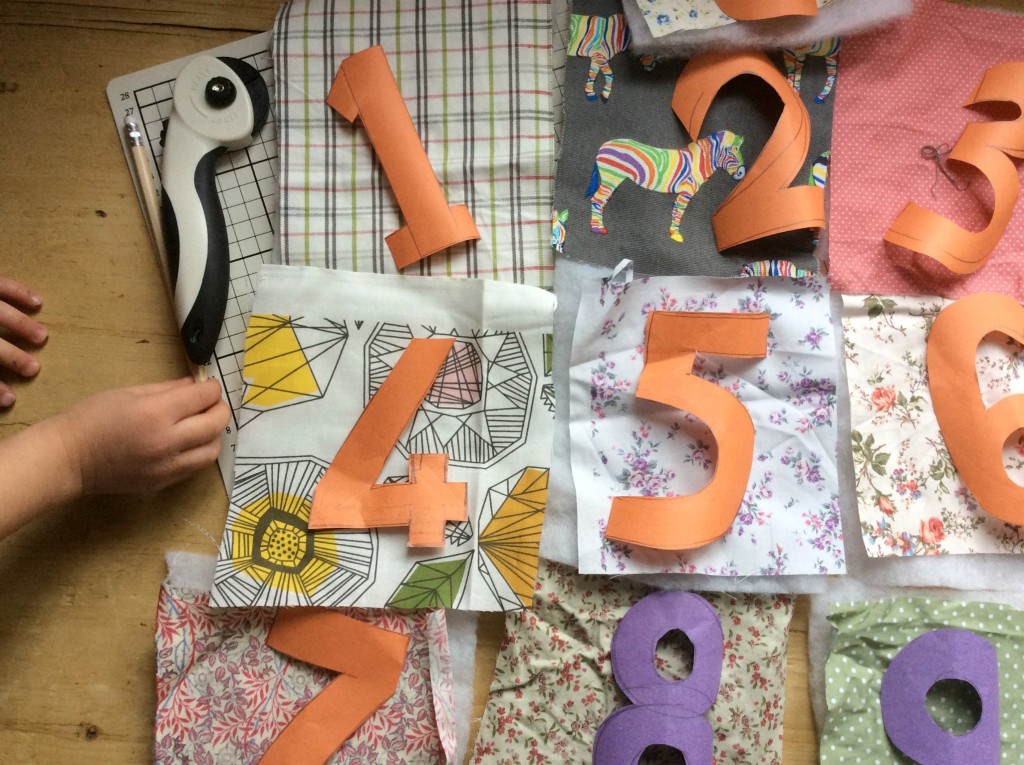 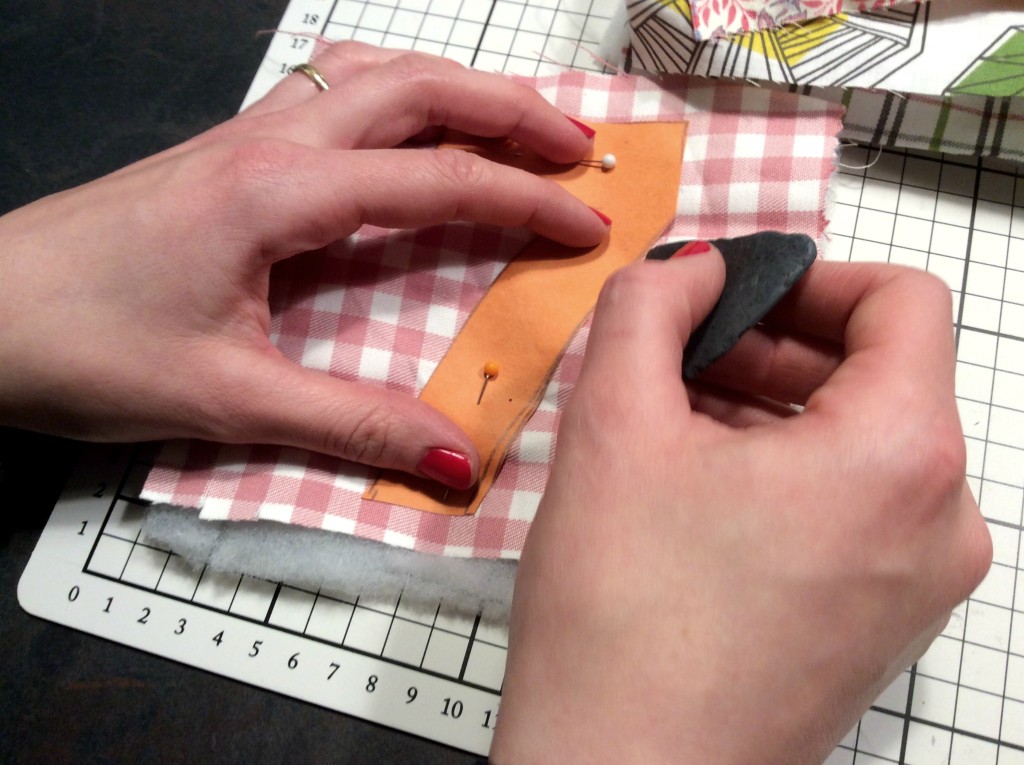 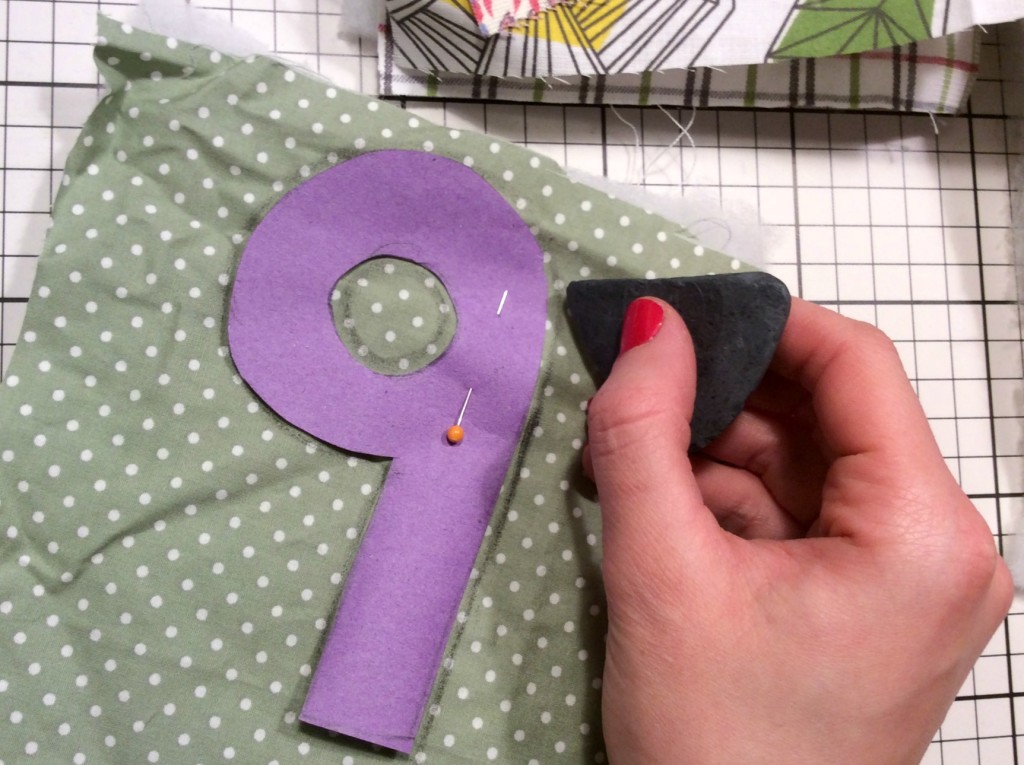 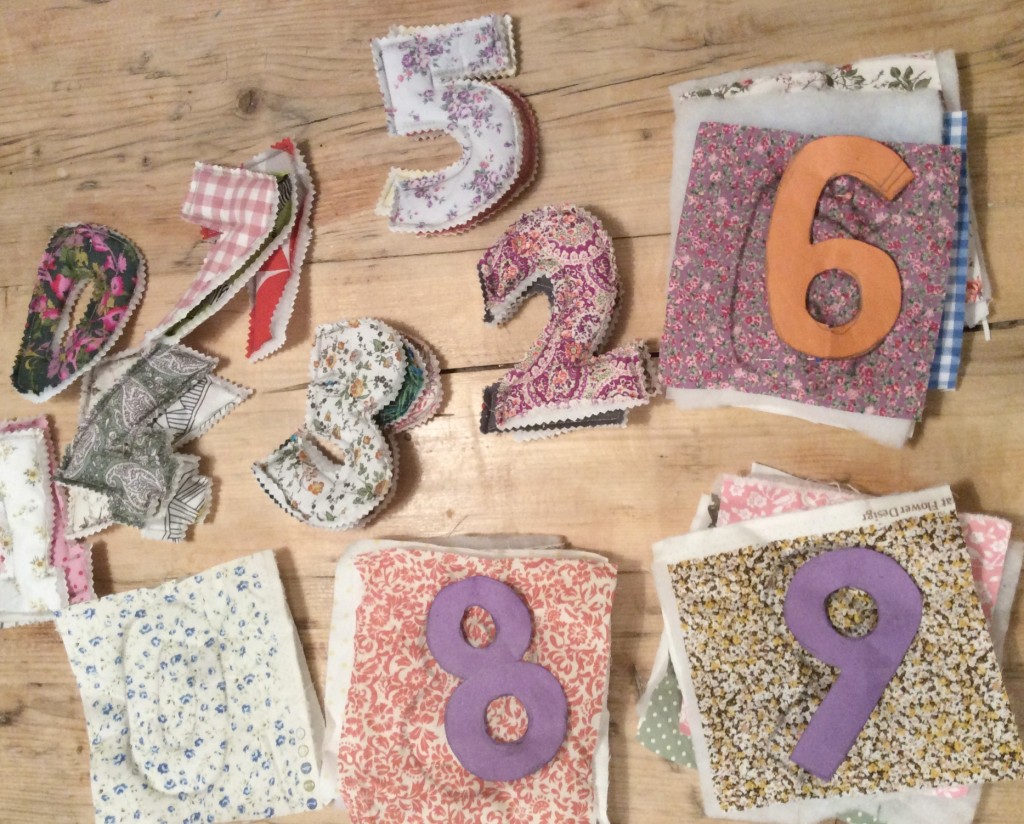 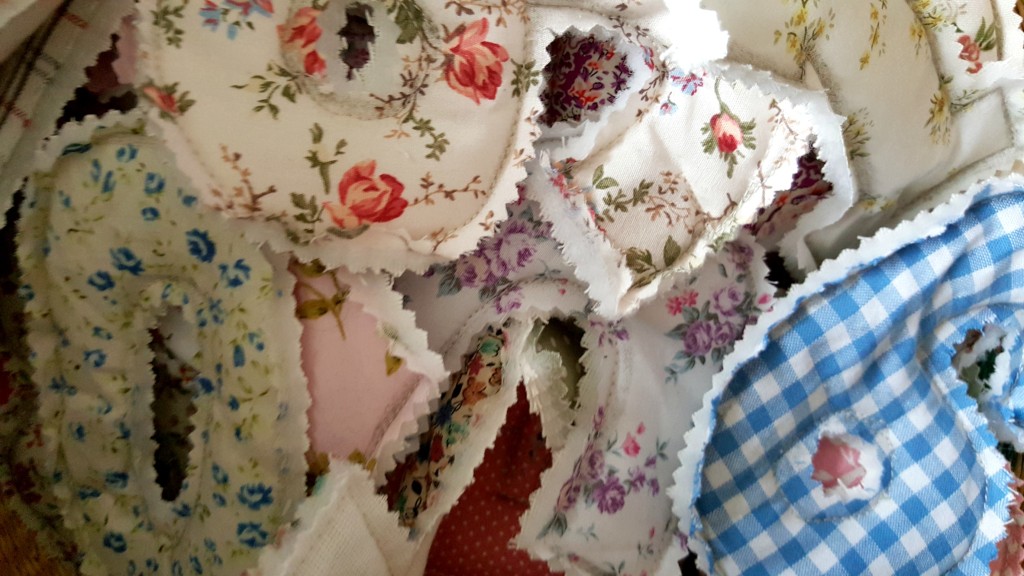 For the fishing rod you need a small piece of dowel, a magnet and some string. I bought an eye bolt magnet and it arrived really quickly – it’s surprisingly powerful for one so small. After I’d tied the knots in the string I used a match to seal the ends to make it look neat and tidy. 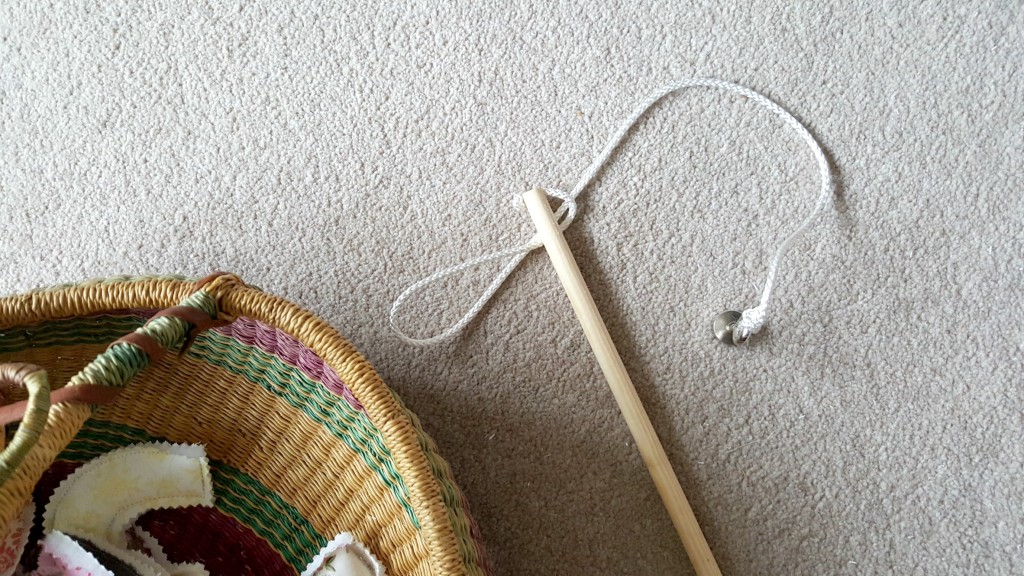 So far we’ve been using it to try to get to grips with bigger numbers. Win has been fishing two numbers out, putting them next to each other and trying to read the number as a whole. 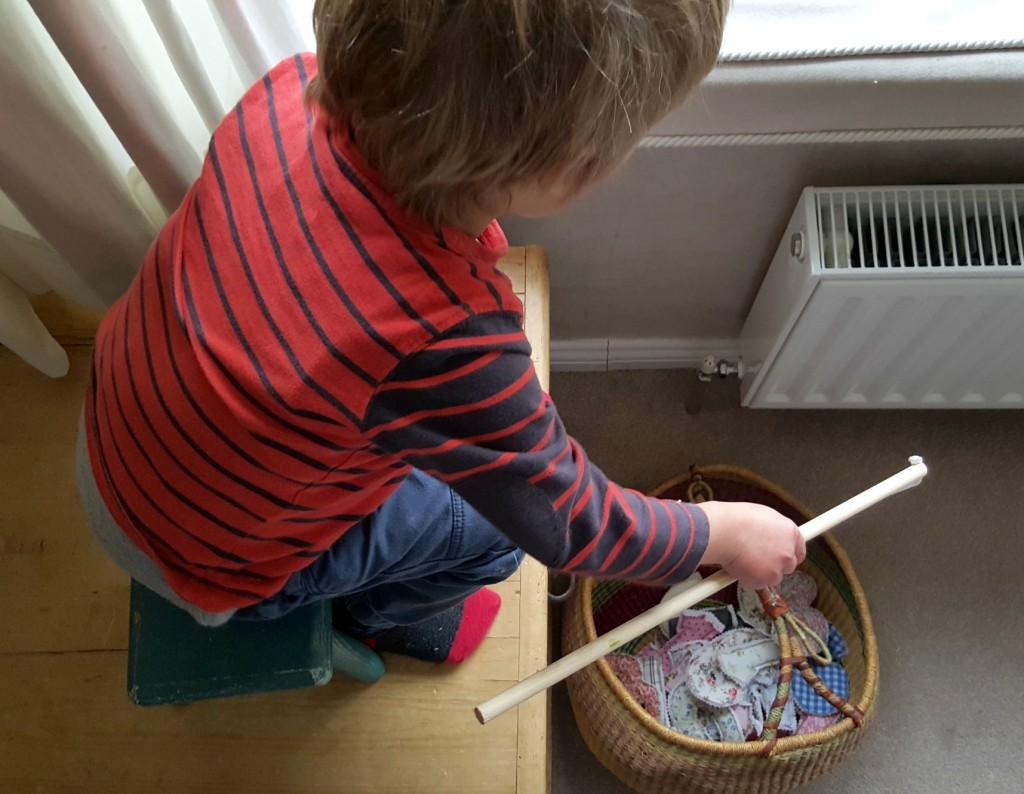 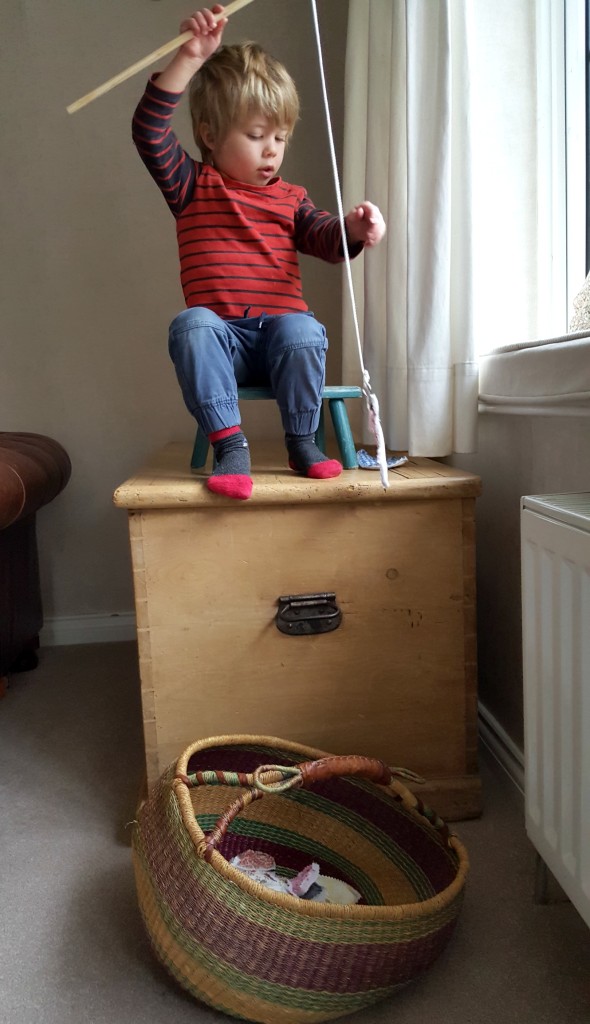 Win and I made some vanilla muffins with jam and butter cream. He is always so eager to bake – mainly to lick the bowl out at the end I’ve realised. 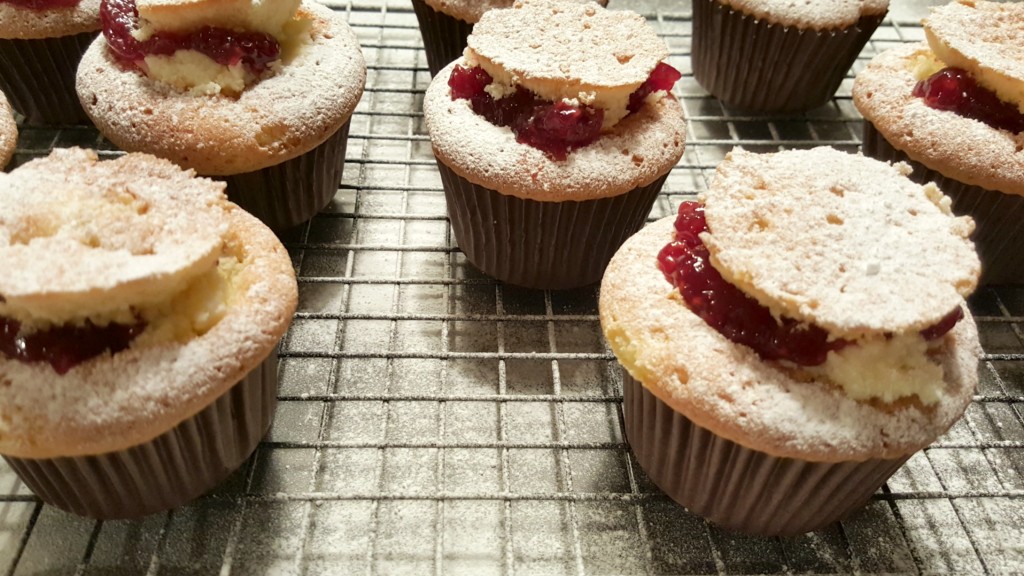 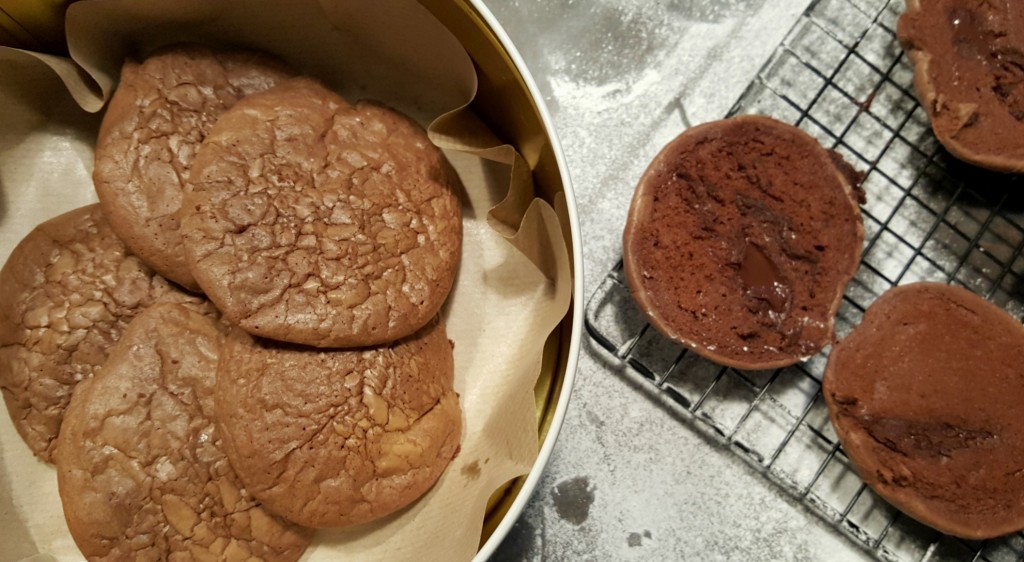 Although it is close to freezing outside I feel like the lighter mornings and evenings are feeling decidedly like spring. I potted three hyacinth plants into a round tin, and it’s making me very happy. The plants were 3 for £3, which I thought was a total bargain. 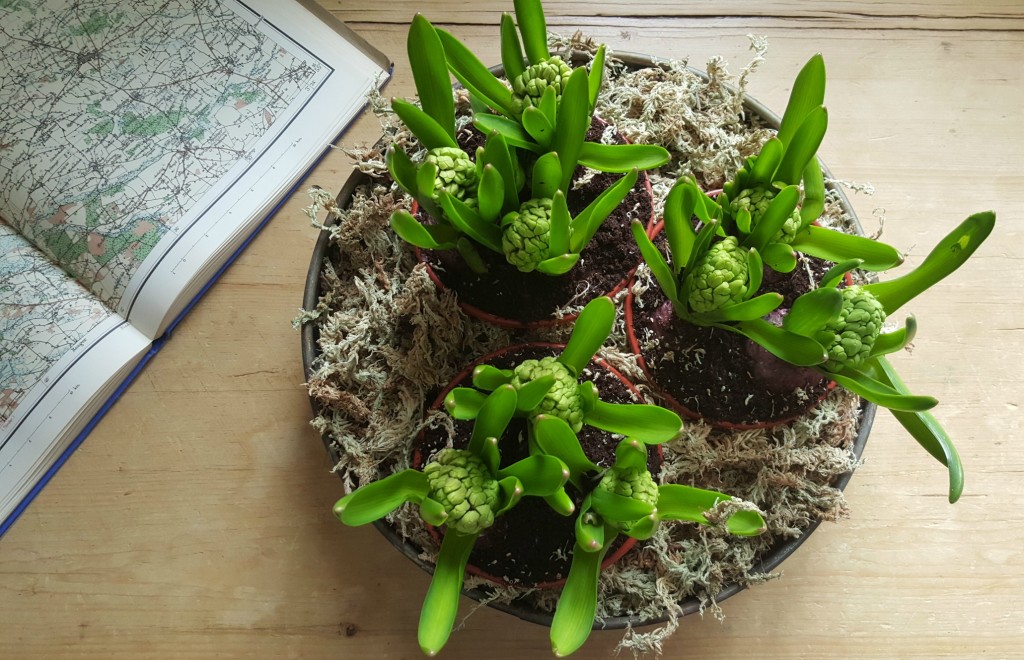 I also discovered a sweet little shop called Little Maldod that sells the most wonderful gifts for mother and baby. My favourite is this canvas ‘MAMA’ bag. Isn’t it gorgeous?

What have you made and discovered this week?