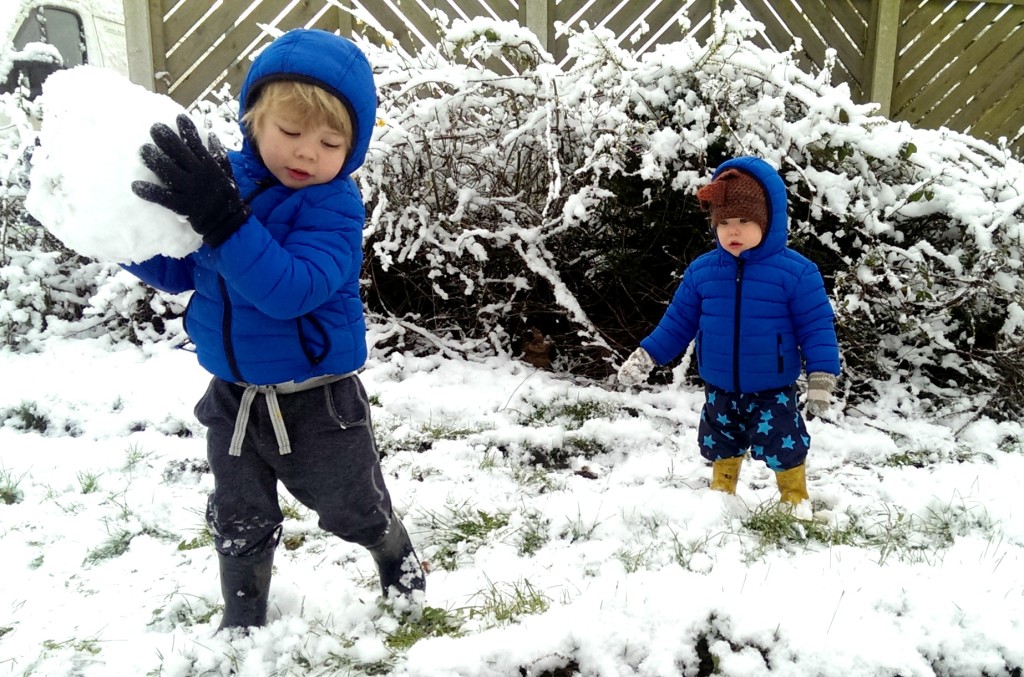 It took a lot of self control for Jared and I not to wake the boys up late Saturday night to tell them about the snow! We knew they would be so excited, and quite frankly – so was I. I was worried it would melt before we got home from church, so I made sure we got outside straight after breakfast. By early afternoon it had almost disappeared, and we are all hoping for some more this week.

W: Win was so kind to Rufus on his birthday, which really took me by surprise (without sounding awful). Everything has completely changed now Ru can have a conversation with him and answer questions. Win is more considerate, rather than just writing him off as a baby – he treats him as a person, rather than assuming he’ll comply and just bossing him around. He made a big deal of making him feel special and was reminding him all day that it was his birthday. He whispered to me in bed the night before: “I can’t wait for Rufus to turn two”. I need to stop being so cynical about his intentions!

R: Ru started playgroup this week and loved it. Now he is two he can go with Win every Friday morning for a couple of hours. Win was excited to have him there, and Ru was so happy to be there.