At almost 28 weeks pregnant I’m swiftly entering the third trimester of pregnancy. The second trimester has gone by rather quickly, but I’ve definitely been struggling more than my previous pregnancies. It probably sounds ridiculous, but I think I’ve forgotten that pregnancy is actually quite demanding – taken it for granted even. My bump is starting to get in the way, and sometimes I get to about 3pm and realise I haven’t sat down once. I’m going to apologise in advance for the rambley nature of this post – it’s all rather random.

When I was pregnant with Winston I worked full time which meant sitting down most of the day and popping into town for lunch. I managed to fit in Pilates and could sleep when I came in from work if I needed to. I finished work at 37 weeks, plus he arrived nine days late so I had a good few weeks to relax and organise myself. Those few weeks before were such a special time, and I used to love meeting Jared for lunch once or twice a week.

When I was pregnant with Rufus, Win napped every day so I had lots of time to recuperate if I needed to. Third time around things are a little busier and time feels more precious. The two days that Win is at nursery and Ru naps, I usually have a long list of things I want to get done in those short few hours.

I’ve been ill twice so far which is really unlike me. I’ve only been ill three times since we got married and two of them have been in the last couple of months. I don’t really know what to do with myself when I get ill and neither does Jared!

Size wise, I don’t feel like my bump is any bigger than previous pregnancies and am measuring spot on. It was definitely more noticeable up until about week 14, but then it has levelled itself out. Like both my previous pregnancies I can never decide what to wear – it stresses me out and I feel really self conscious all the time. It’s something I really have to manage in my head and know is totally out of proportion.

I would definitely say I am quite frustrated too. Frustrated at being physically restricted because my back hurts if I walk to much and I get breathless easily when I cycle. Last time I went on a long walk with them both I came home, felt funny and spent the next two days in bed. Not being able to cuddle them both properly, hold them for long, play on the floor or dance together is frustrating too.

Winston and I are also in a little rut of not seeing eye to eye on many things. It’s upset me a few times because I hate negativity between us, yet it’s so important that boundaries for behaviour are kept too. I so want to enjoy him especially now he’s at nursery two days and I am trying so hard to keep calm, but it’s definitely easier said than done.

I would hate this to sound like a moany post because it’s not at all, and I am absolutely fine – the baby moves lots, is healthy and so am I.

I never thought I would say that I would love one of my babies to come early, but this time around I can see the appeal. However with mine being an average of 11 days late – there isn’t much hope!

We can’t wait to meet him.

…I think I should start doing some yoga! 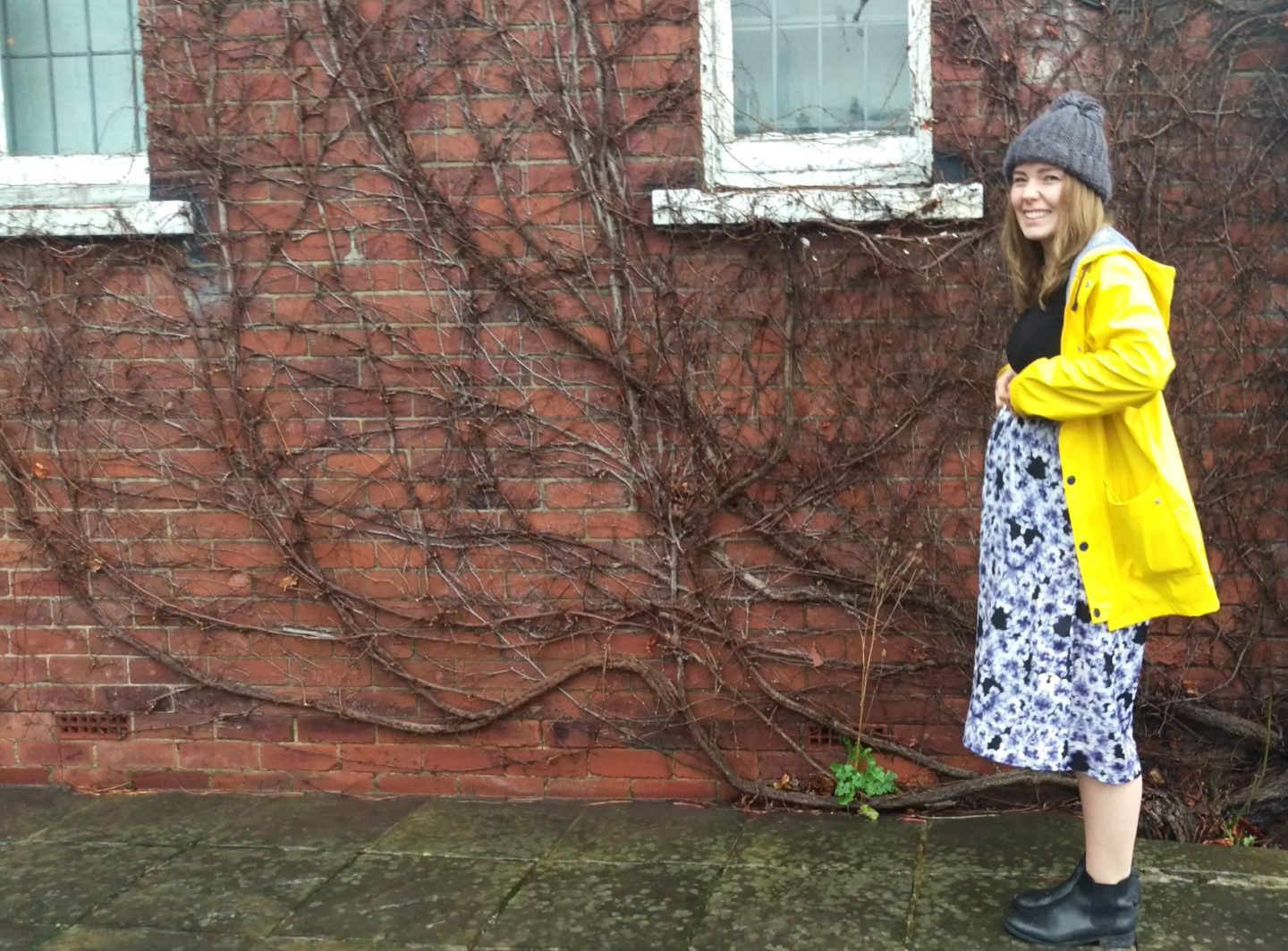