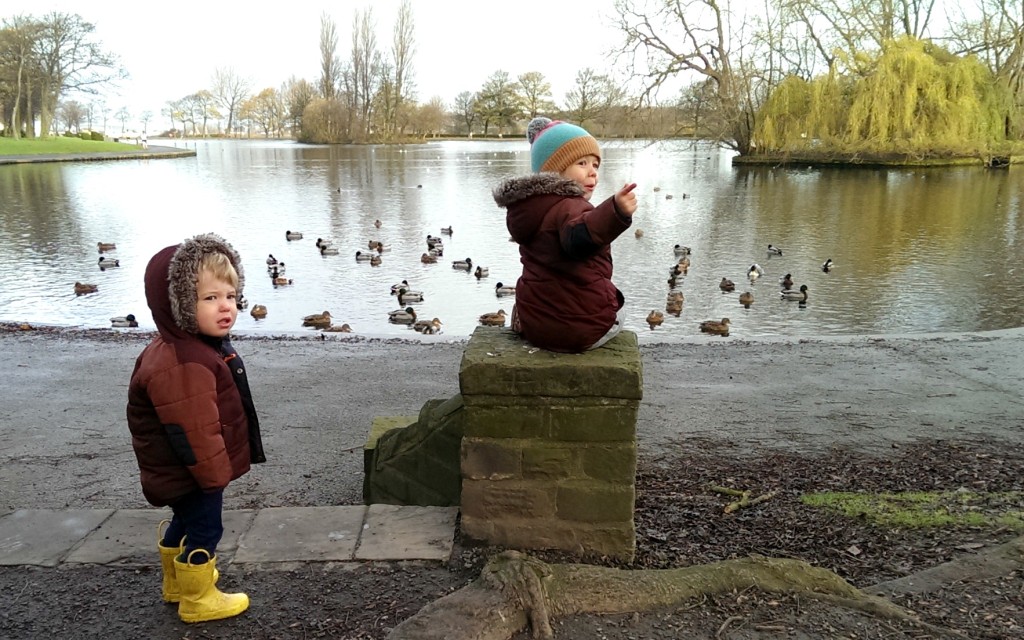 The moment Win spotted his Daddy at Park Run…swiftly followed by Rufus bursting into tears and shouting because he didn’t spot him first. Only four weeks left of 2015 – can you believe it?

W: Win (very uncharacteristically) has been taking care of his panda all week like a baby. Changing his nappy, cuddling him, putting him down for naps dressing him and disciplining him: “Panda, you are going to have to go upstairs if you don’t stop hitting me”. Win has never shown much interest in caring for soft toys, so it’s very sweet to watch…even if we do think it’s mostly because he enjoys bossing people around. He also loves testing Ru on his phonics – very amusing!

R: Ru’s speech is coming along nicely. He says: “No, self!” about 100 times a day as he does not like to be helped with anything. It is best to ask him if he needs help before diving on in there.