If I could be a fly on the wall for one part of Win’s time at nursery, it would definitely be lunch time. The staff and the children all sit around a table together. What do they talk about? Do they look at each other’s food? Who sits next to who? How do they decide? Where do the workers sit? However, I’m reliably told that they all sit there in complete silence, despite the staff trying to get them to talk, which tickles me every time I think about it. Maybe there is just too many people? Maybe they are too engrossed in their own lunches? Or maybe it’s because it’s the start of term?

Since Win started nursery I’ve had to make him a packed lunch twice a week, and it’s something I enjoy more than I thought I would – probably because it is only two days! I think having to make one every day would be a different story. I love imagining him sat there (albeit silent) eating away.

Win used to like a big meal at lunch time, but for the last year or so he’s preferred bits and bob type lunches, where we just see what’s in the fridge and get munching. I’ve tried to replicate this in the lunches he takes to nursery – lots of different things to choose from, mostly raw and something he doesn’t have to eat in a particular order. The bread and pasta he takes is always gluten free because that’s what we keep in the house. I wouldn’t describe my kids as fussy eaters, but they both have a few things that they won’t touch. Win’s biggest offenders are cheese (unless it’s cooked), potato and eggs. Ru’s are cherry tomatoes, eggs and avocado. 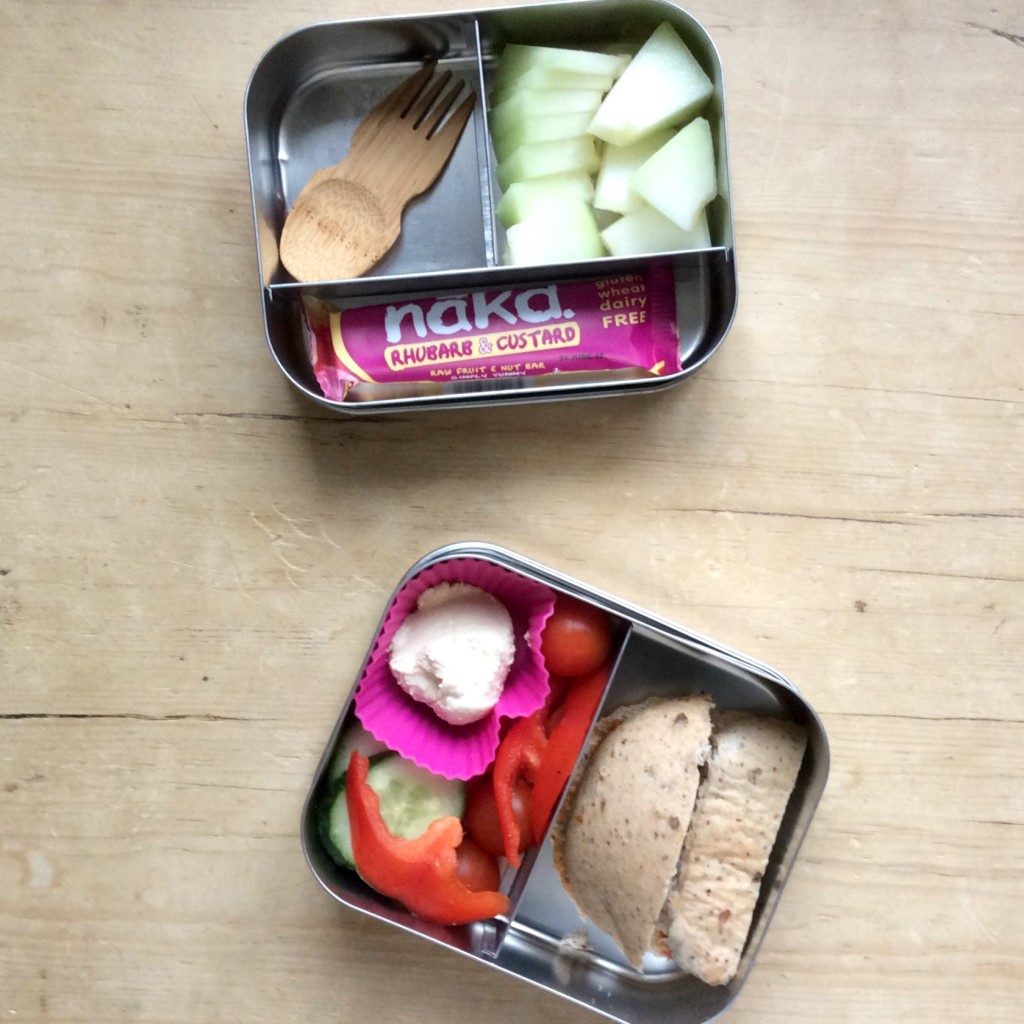 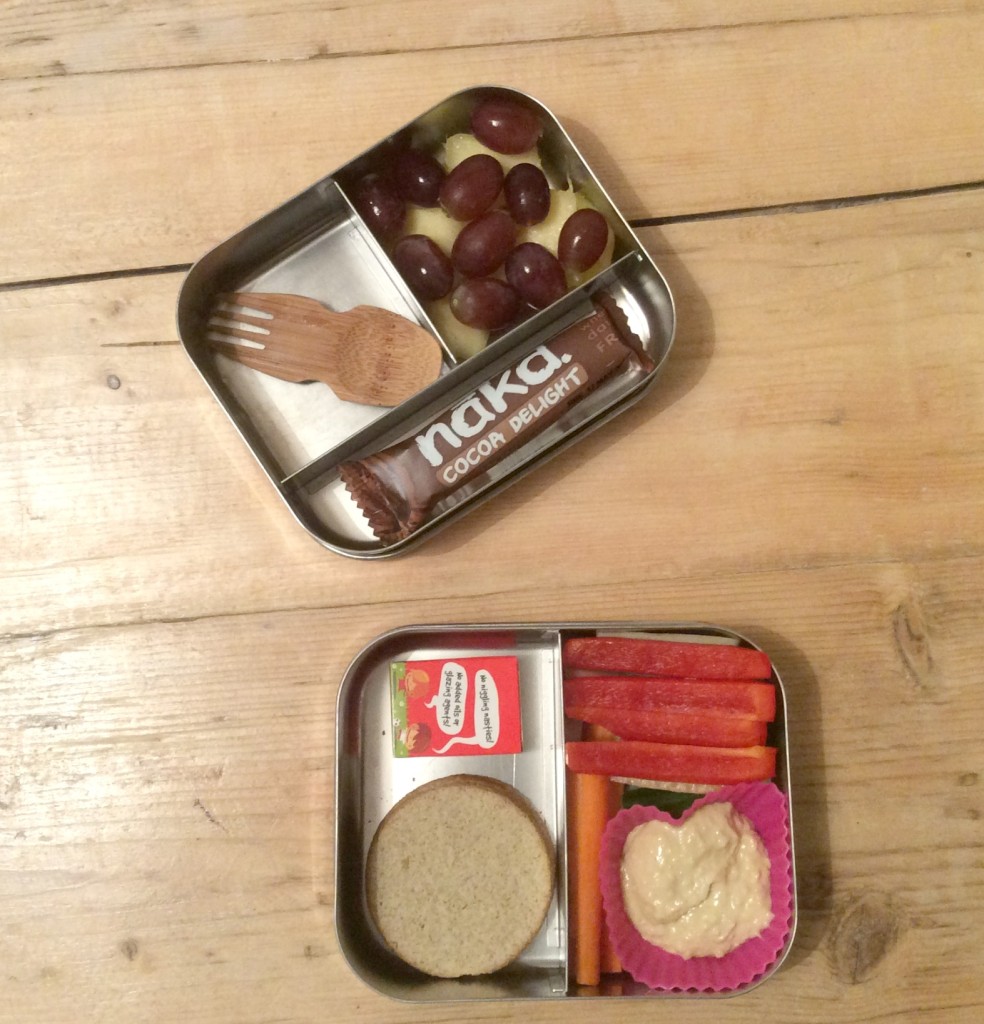 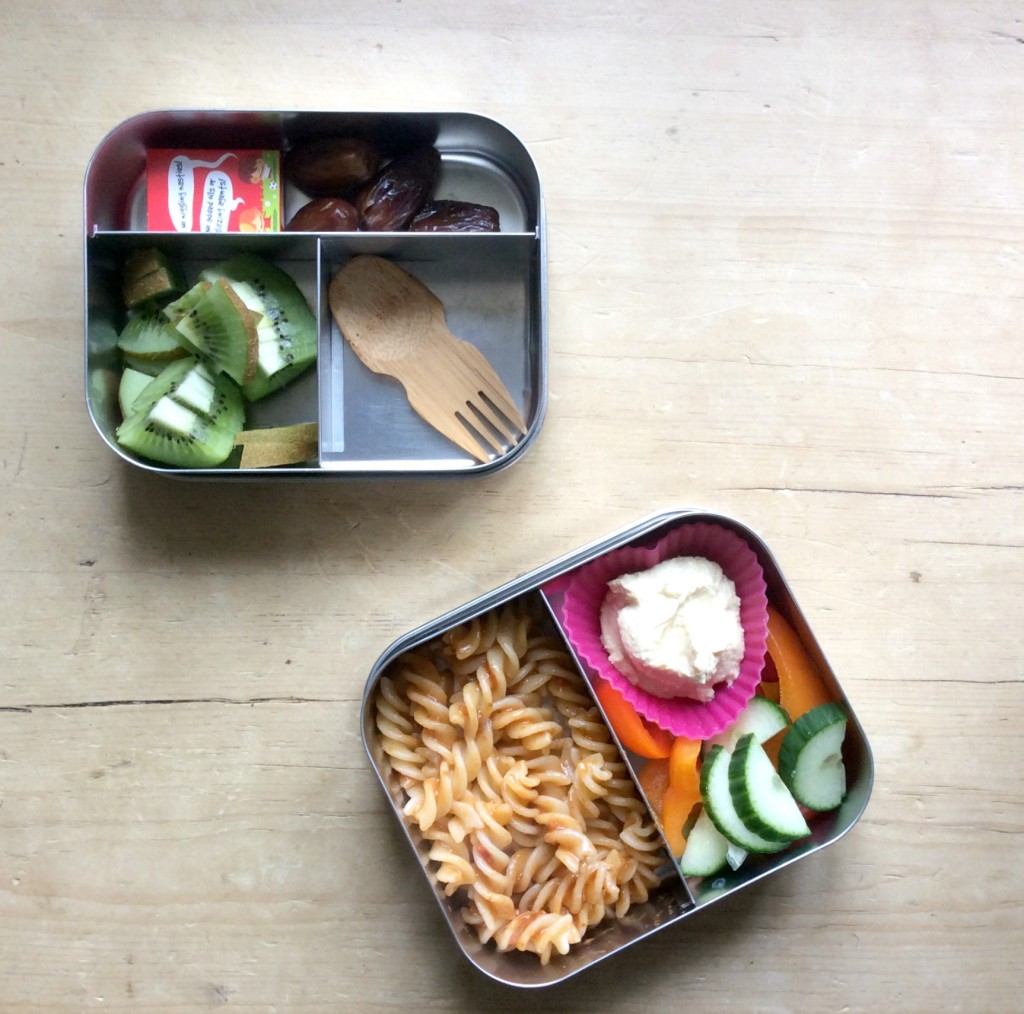 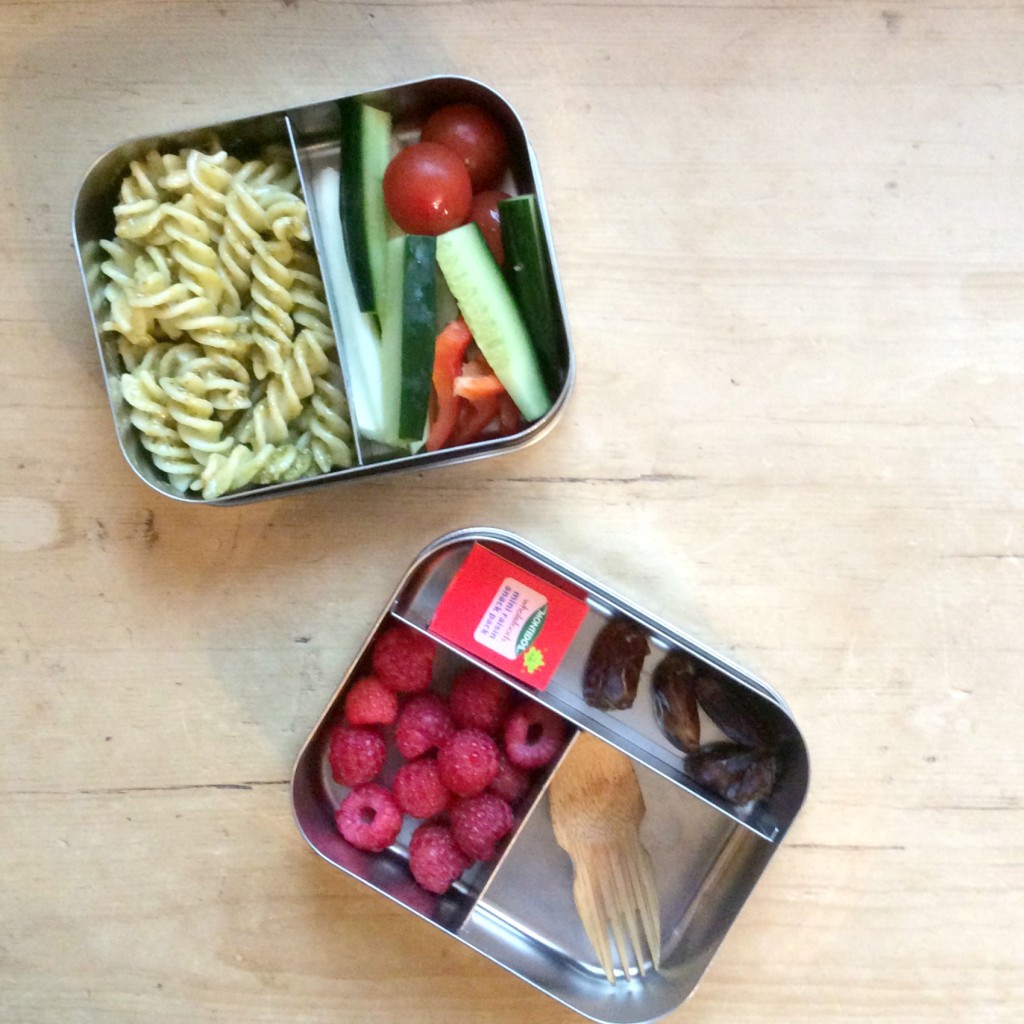 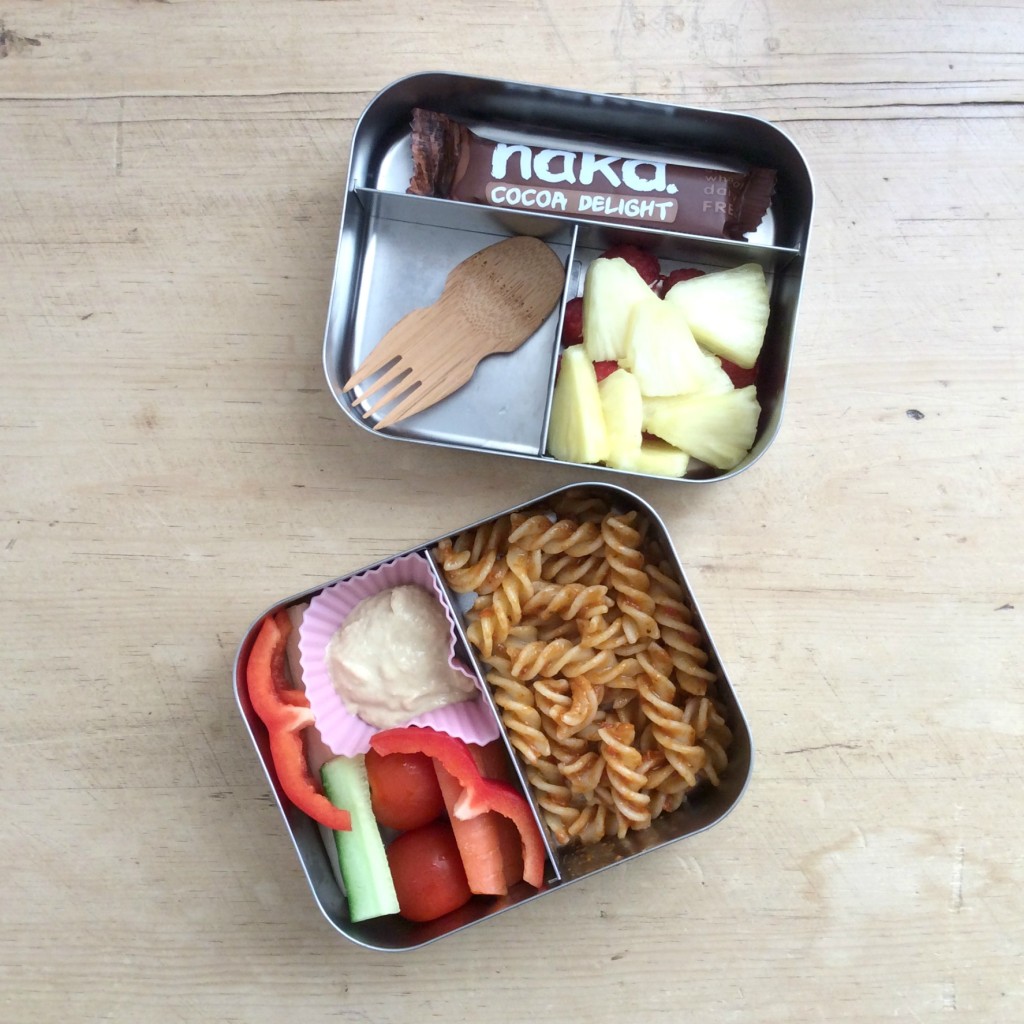 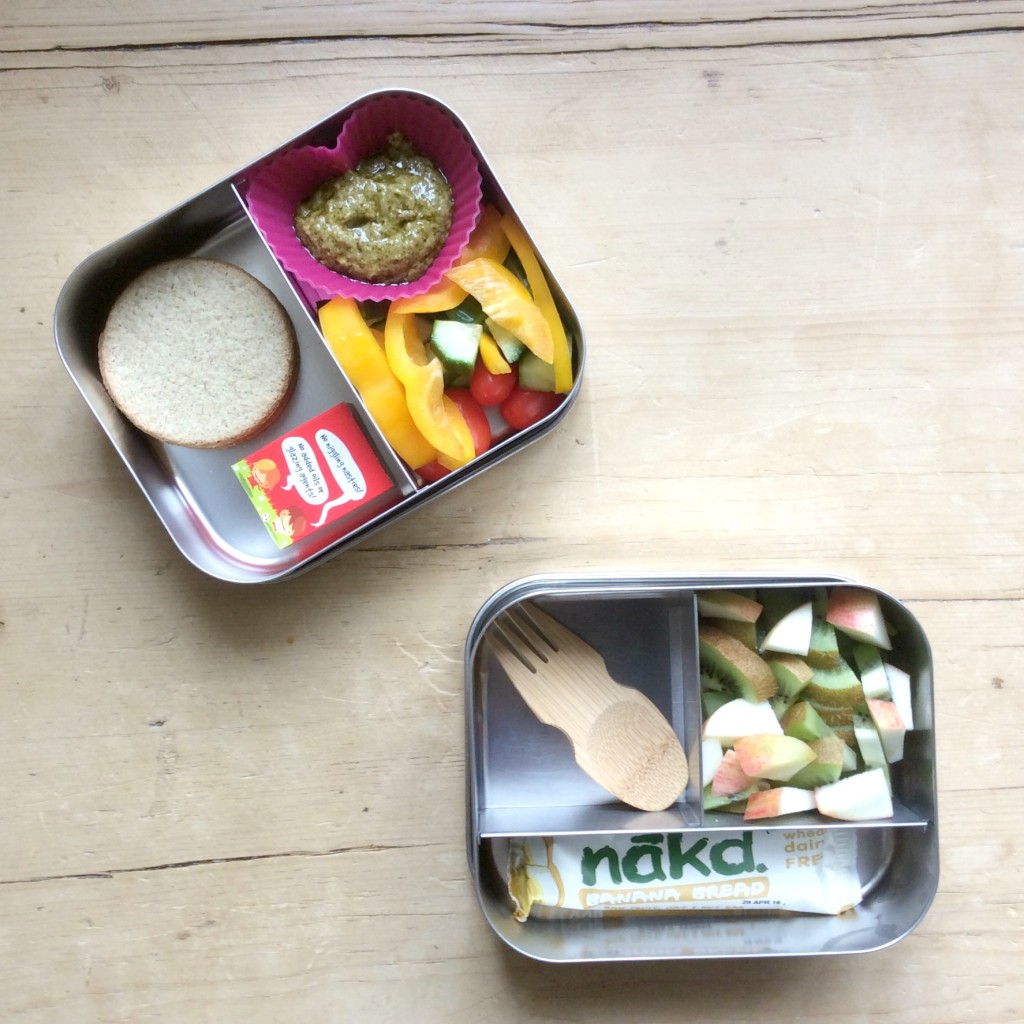 I don’t really need to mention my love for Lunch Bots again (is it getting a bit cringe?), but he takes a duo and a trio in his lunch box, along with his bottle of water.

Making sure my kids have variety and try lots of new things is something that is really important to me. I’m by no means perfect (at all) but what they eat is something I put a lot of thought into. I want to promote a good immune systems, strong flavours, willingness to try new tastes and textures, and give them an understanding of what is good and what isn’t so good for their bodies.

I was the child at school that no one wanted to swap with – I never had cool snacks or treats, and it was something I was mostly fine with. I vividly remember having a pear one day and was thrilled when somebody wanted to swap with me. I couldn’t believe my luck. Who in their right mind would swap a cheese string for a pear? I made sure the deal was done quickly. Can you tell a swap was incredibly rare?

For more healthy snack ideas for kids, you can read here or here. I also wrote a post on kids and sugar (quite a while ago now), if it’s something that takes your fancy.