I have a love/hate relationship with cooking. Generally I love it and am very willing to whip up new things, but what I don’t like is having to cook for a certain time. Winston likes his lunch between 11:30am-12pm then his dinner between 5-5:30pm – both of which are a tad too early for me and can make cooking a real burden. Fifteen minutes prior to the ‘eating slots’ distinct and loud shouting can be heard from the babe’s mouth. It is not worth being late for the ‘eating slots’ (!) so I quickly sit him down with a few bits to munch on.

I’m also stuck in a bit of a rut eating salads and sweet potatoes in ridiculous quantities. Gone are the days that hubs and I used to get in from work, mill around the kitchen and concoct something tasty to eat. SIgh. One of my sister in laws is super organised and has a two week menu that she sticks to, which means her food bill is reduced and she doesn’t have to think about it…but I just can’t do it even though it really works for her and her family. I know it sounds awful, but sometimes you really fancy eating something in particular, or you really don’t fancy eating something.

Often for me, most of the time is spent thinking what to eat…rather than actually cooking it. So – I have been a bit geeky and put together idea pages for each meal of the day to add variety and also so that I eat more mindfully. There have been days when I have no idea what I’ve eaten because I literally haven’t thought about it – which clearly needs to stop.  I’m going to print them and put them up framed in our kitchen (once it is ready for all my lady tat to grace its walls). I’m hoping this will make cooking more enjoyable!

Hubs is now the fussier eater in our family which I find quite funny…and which he won’t be able to get away with for much longer. Winston is known for being able to pack away more food than an average 10 year old (just take him to Nandos) and for his love of spicy food. The only things he won’t touch are avocado and cheese (which saddens me greatly because I love both immensely!) 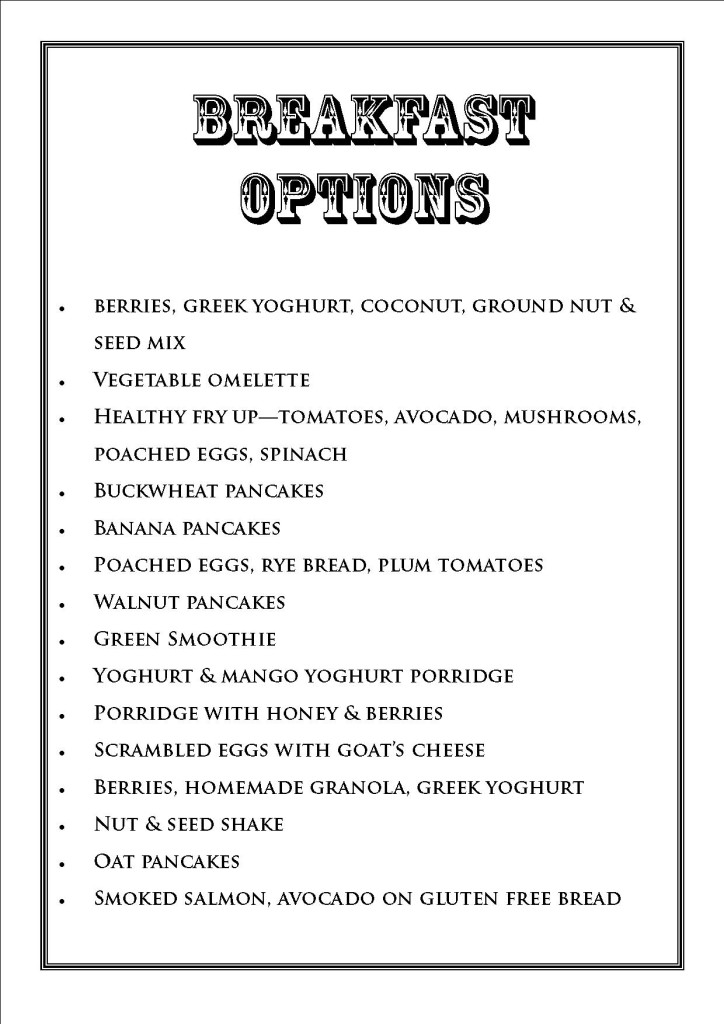 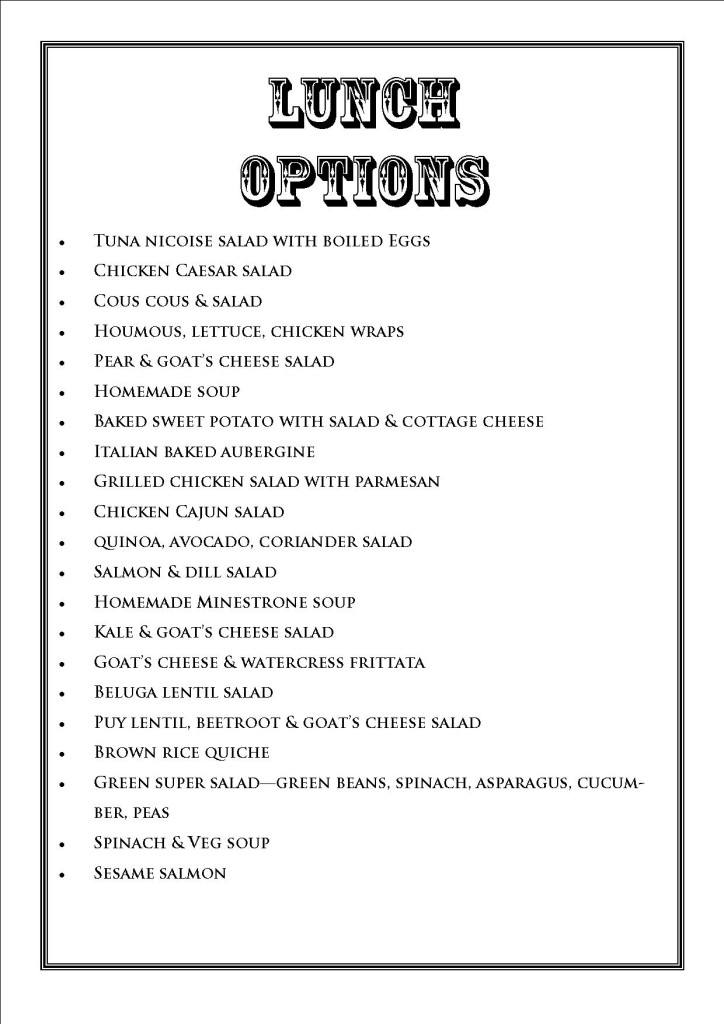 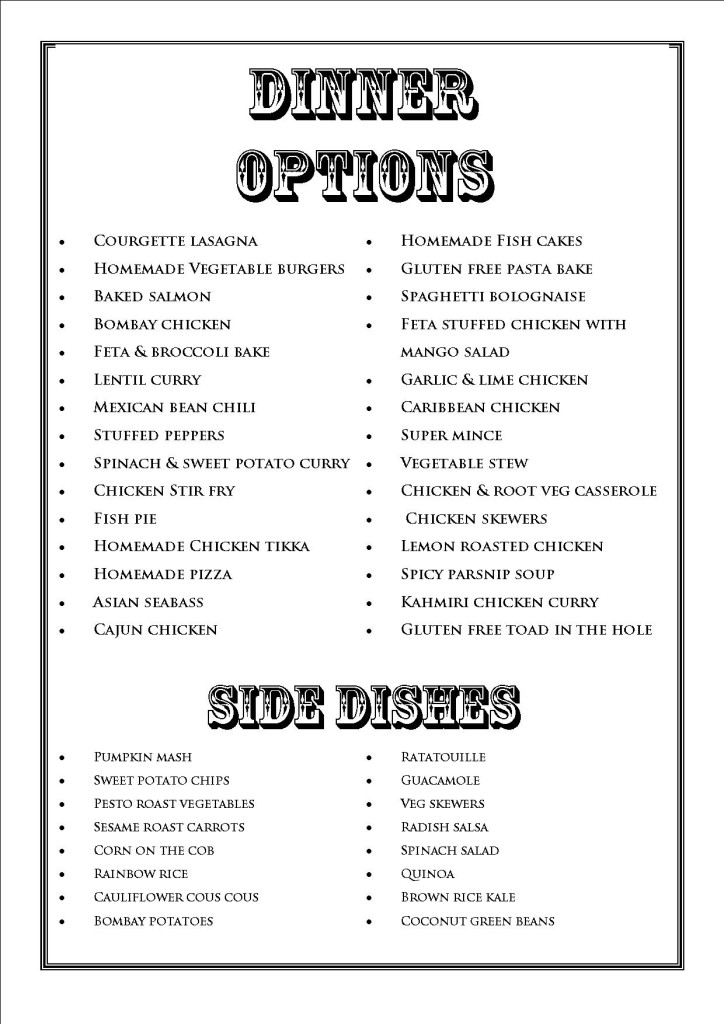 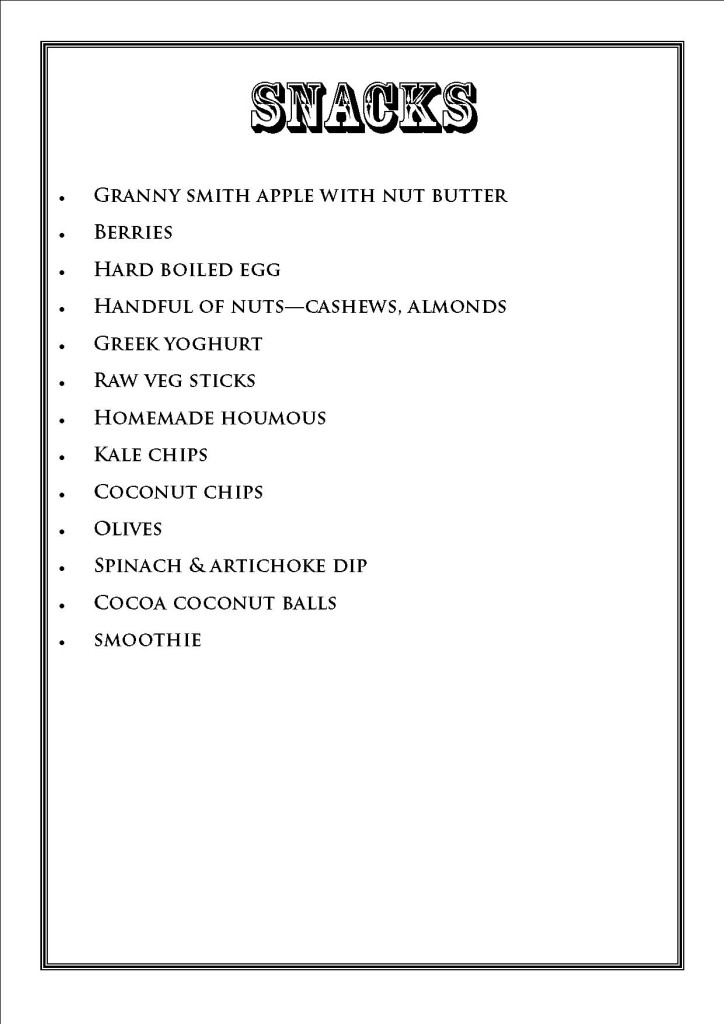