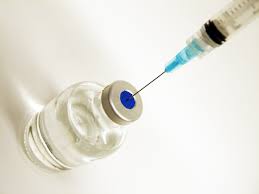 I’m sure you will agree that whether to vaccinate your new baby (or not) was a big decision and one that you did not take lightly. When I was pregnant it was something I felt really nervous about and he wasn’t even here. The main problem was that no one could provide a balanced view – doctors won’t fault vaccinations and push them at every opportunity (even though it has been shown in many cases to cause some children huge issues) and people in the alternative camp are so dead against them that they can come across completely blinded. (Come on! You must admit that they have had a smidge of positive impact?) I cannot tell you how frustrating it was to read the information from both camps.

The only statistics I could find online from the NHS compared today with the 1950s…you only have to watch one episode of ‘Call The Midwife’ to note that living conditions, lifestyle and medical knowledge have moved forward exponentially since then – hardly a fair comparison and potentially quite misleading. I relived my days as an A-Level biology student by reacquainting myself with terms such as ‘herd immunity’ and even after understanding this concept I still felt none the wiser. I asked my Mum how she decided and she said that the health system changed vaccines so much between children that we’ve all had different vaccines depending on how she felt at the time; as the NHS couldn’t seem to make its mind up.

When the health visitor came for our first home visit with her table of vaccination dates I told her that we were still thinking about whether to vaccinate or not and asked her some advice – to which she could give none. (She thought it was because I didn’t want a sharp needle stuck in my precious baby…I mean really? that was the least of my concerns!) I asked her for some information on what was in the vaccines and asked where I could get them done privately. She didn’t know the answer to either of my questions which I found really odd. My husband and I thought long and hard about what to do. In the end we both felt good about the decision not to vaccinate our son and agreed to reassess when he had his first birthday. This is not to say that we won’t vaccinate him in the future, we just both felt we wanted his immune system to develop naturally rather than upsetting the balance at a mere 8 weeks old.

It is such a personal decision, one that takes much thought and confidence to go with your feelings. We are currently deciding whether to arrange the whooping cough vaccine privately so we’ll see!